Alexes Pelzer Joins Cast Of The Bold And The Beautiful 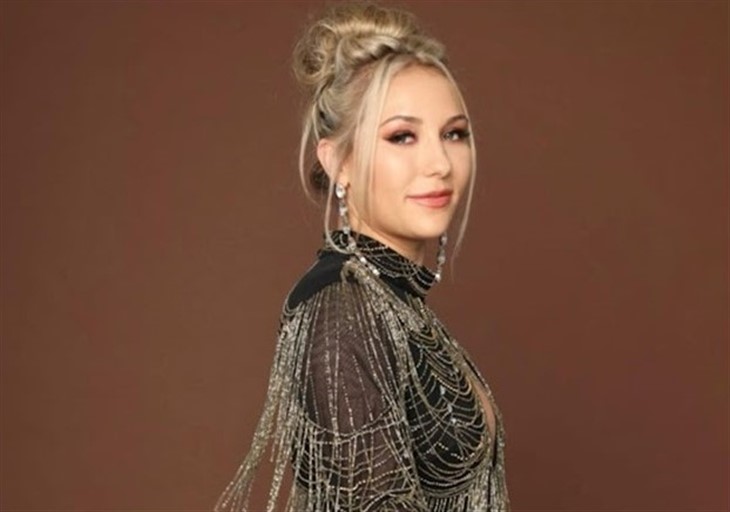 The Bold and the Beautiful spoilers and updates tease that Alexes Pelzer lands a gig on the daytime drama. The real-life daughter of Kimberlin Brown, who plays the role of Sheila Carter, will play Blonde on the sudser.

Pelzer said, “I was at the Daytime Emmys with my mom and Casey [Kasprzyk], the supervising producer, mentioned there might be a place on B&B, so I was pretty psyched.”

Carter and Quinn will share a special and sizzling night together where they talk about their relationship. They both look to the future and discuss the possible problems they may encounter along the way.

As they spend the night together, Carter assures Quinn that everything will be okay. Fans should stay tuned on August 29 because it’ll be the last time they’ll see Rena Sofer as Quinn Fuller. Carter will remain on the sudser and may eventually get another chance at love with another woman.

Hope Spencer (Annika Noelle) feels like she knows the mystery woman named “Nicolina” aka “Lina.” Hope has no idea, at least for now, that Lina is Sheila Carter (Kimberlin Brown) in disguise.

Sheila may be able to fool Hope for the time being, but when can she continue keeping her secret? Meanwhile, Deacon Sharpe (Sean Kanan) will snap at Sheila for nearly getting busted. The latter will argue that it’s not her fault that Hope decided to show up, but she’ll also explain that things worked out in their favor because Hope failed to recognize her.

Sheila isn’t worried about the latest encounter, but Deacon will be on the edge. He may try to throw Sheila out of his apartment, but she won’t budge. It looks like Deacon’s life is about to get messier as long as Sheila’s around.

Sheila may try to get an appointment with Taylor Hayes (Krista Allen). Of course, she’ll be disguised as Lina and ask for the latter’s advice. Sheila is still hoping that she can reconnect with John “Finn” Finnegan (Tanner Novlan).

Sheila, who will pretend to be Lina, may ask Taylor for advice on how she can overcome her problems. She may come up with a similar story and seek guidance on how she could make up for her mistakes.