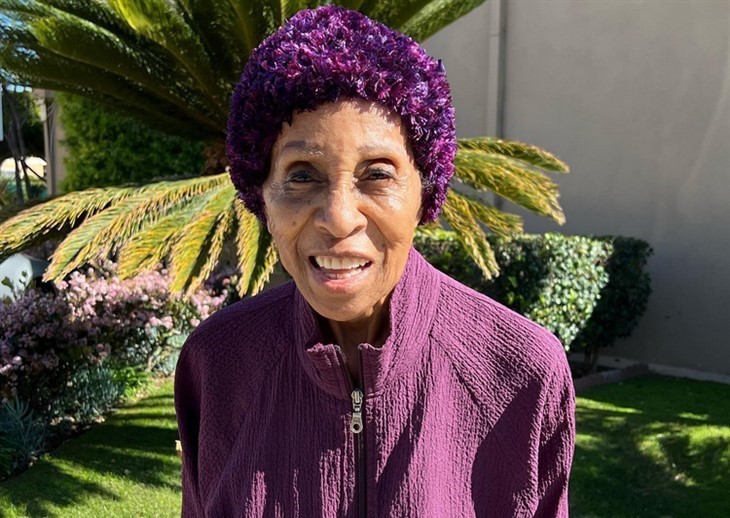 Days Of Our Lives Spoilers and updates reveals Marla Gibbs remains to be a very hardworking actress at the age of 91. She is currently set to play the role of Mrs. Gladys in the upcoming film called A Christmas Prayer.

The Days of Our Lives actress left an impact on her castmates for this project. The cast includes some legendary actors. In this movie, when a former alcoholic and now respected leader of the local church gets accused of a heinous crime, he struggles with the possibility of not only doing hard time but keeping his own “faith” while trying to prove his innocence.

Days Of Our Lives Spoilers – More About The Movie

A Christmas Prayer is written by Skye Dennis and directed by Aaron L. William, Mariana Marcano and David Asambadze. It is set to be released on TV One. The cast will also include, Stan Shaw, Chad L. Coleman, Rick Perez, Creflo A. Dollar, Rick Perez, The Lady of Rage, Javen Lewis, Antwan Mills, Arle Michel, Cree Davis, Stevie Baggs Jr. and more.

Shaw was so excited to be working with the legendary Marla Gibbs that she shared, “This was a glorious working evening on the set of #AChristmasPrayer! As I was preparing in my dressing quarters for a scene, I heard the voice of the A.D. ring out. “Mr. Shaw, Ms. °Marla Gibbs is asking for you!” Me: “Marla’s here? Where is she?”

As I ran out of my trailer, I see this crowd of folk gathered around my friend Marla. They were hugging her, kissing her, and taking pictures! Until I yelled out; “Hey, leave some sugar and hugs for me”. 😄 The crowd parted like the red sea, when Marla saw me her beautiful warm smile and those kind sparkling soft glowing eyes; brightened the entire evening! I was thrilled to see that this beautiful queen mother, my friend…had arrived on set safely! #amen A Christmas Prayer!”

Gibbs plays the recurring role of Olivia Price on Days of Our Lives. She also has several other gigs for her fans to look forward to, so please stay tuned for more updates. Be sure to check back to hear more about this movie.