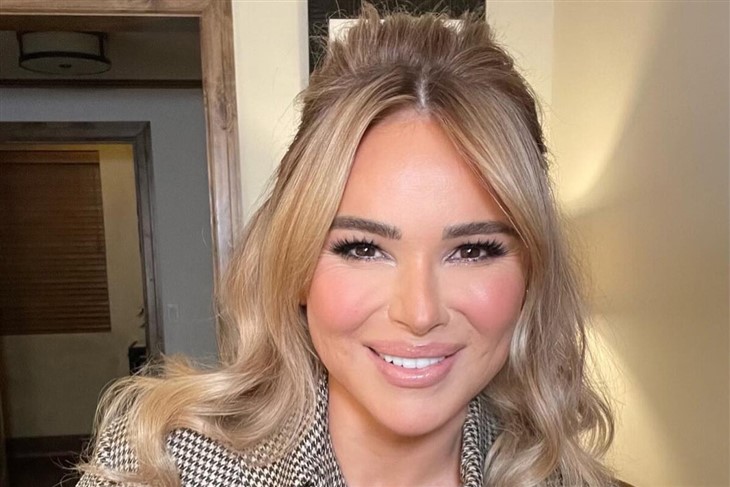 Real Housewives Of Beverly Hills, (RHOBH) star Garcelle Beauvais had more than one Bravo star take heat over her 14-year-old son Jax. Kyle Richards, Lisa Rinna, Erika Jayne, and Dorit Kemsley all got slapped by critics. But, Diana Jenkins took the most outrage after the reveal that bots had trolled Jax.

RHOBH spoilers revealed that Erika Jayne seemed very disrespectful toward Jax. It came when she opened her foul, drunken mouth and cursed out the teenager at his mom’s birthday party. How did Kyle Richards and Dorit get involved? Well, Paul Kemsley’s wife babbled on about being shocked by Erika Jayne. However, she later laughed about it with Kyle. So, they got slammed for it.

Real Housewives Of Beverly Hills almost became as dramatic as Teresa Giudice in the New Jersey edition. Lisa Rinna also amped up the drama and haters when she hit on Oliver, Garcelle Beauvias’ other son. So now, there’s an added side to the feuding amongst the cast. Word emerged that Jax revealed some terrible things were said to him, and fans were appalled that folks would troll on a child.  That’s where the drama comes for Diana Jenkins

When the news arrived that Jax ended up severely trolled, suspicions arose that bots did a lot of it. So, fans called for an investigation by social media platforms. However, fingers were pointed at Diana and allegations emerged that she bought bots for the Jax attack. Actually, she denied it completely.

On August 27, Radar Online reported that the Real Housewives Of Beverly Hills star had to hire security. According to their source, “Diana’s team of security experts advised her to hire four personal bodyguards as they believe credible death threats have been made.” Apparently, the security team works around the clock carrying out protective duties for the entire family.

Real Housewives Of Beverly Hills fans who might have trolled Diana to the point of death threats probably overstepped the mark. If the Bravo star really hired bots then that’s not good. However, threatening the lives of people and their kids seems way over the top as well.

Hopefully, all of this dramatic hate didn’t come because Bravo threw out a storyline to get more ratings. As the ugliness escalates, perhaps a lot of folks should remind themselves that it’s a TV show. Unfortunately, the parents who opt to star in reality TV often expose their kids to the public. At the end of the day, that made Jax and Diana’s kids Innis, Eneya, and Eliyanah part of the fallout.

Sound off your thoughts in the comments below.