The Young And The Restless Spoilers: Diane Not Prepared – Enemies Swarming As Attack Develops 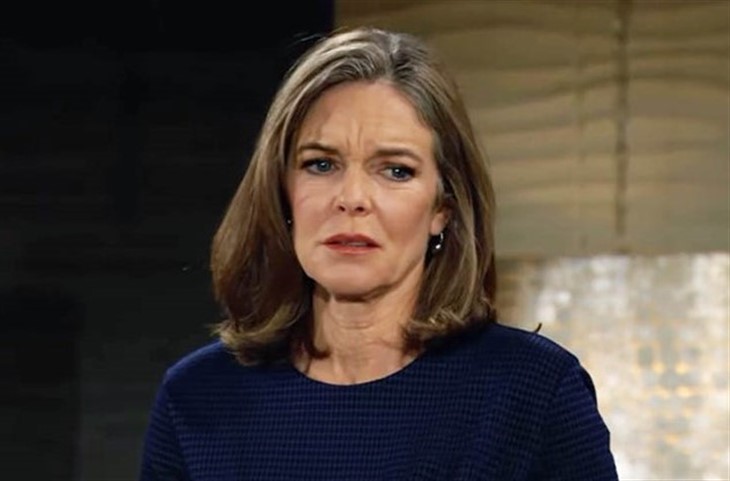 The Young and the Restless spoilers document that Diane Jenkins (Susan Walters) will become aware of Talia Morgan’s (Natalie Morales) involvement in a scheme to defame her. But will Diane have enough time and dexterity to escape the intended smear?

But if Talia unearths no real dirt, Phyllis, Nikki, and Ashley will be in trouble on Y&R.

Nikki faced a long time in prison if she had been convicted of ending Diane’s life. That happened years ago in Genoa City, Wisconsin, with everyone believing that the end of Diane’s existence meant she would cause no further trouble.

Allie Ngyuen (Kelsey Wang) became the first to learn of Diane’s existence, though the late Keemo Volien Abbott Ngyuen’s (Philip Moon) daughter did not know who she was. Diane targeted Allie to make contact with Jack.

Nikki was enraged when she learned that Diane faked her murder and went off. However, Nikki has been able to compose herself since and is channeling her energy into the plot that Phyllis conceived and hatched.

Phyllis matured greatly in recent years. She was part of a group that created the Grand Phoenix Hotel. It became her comeback vehicle, with the entity eventually being solely owned.

Jack was not on Phyllis’ romantic radar for various reasons. Most importantly was her involvement with Nick Newman (Joshua Morrow). But that relationship fizzled at his behest.

Diane pushes Phyllis’ buttons. Phyllis admits that she has not been able to control herself, with the plot to bring Diane down supposedly representing a method to regain balance and deal with this deceiver once and for all.

The Young and the Restless Spoilers: Diane Goes Face to Face With Talia #yr #youngandrestlesshttps://t.co/x6pPVBheXP

Some may believe that Diane has everything to lose. Yes, she will likely lose the trust of those she cares for if Talia’s efforts hit soapy paydirt.