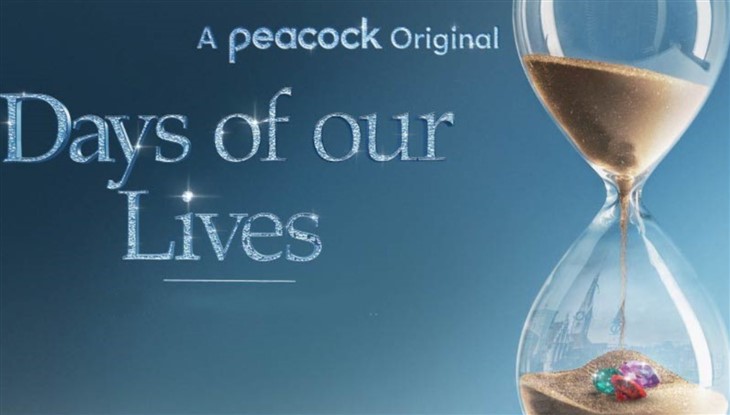 Days Of Our Lives spoilers and updates tease longer episodes for the sudser after it moves to Peacock. It will end its 57-year run on NBC and move to an online platform. It was announced earlier this month that the daytime drama will stream exclusively on Peacock.

New Days Of Our Lives episodes will be released every weekday beginning Monday, September 12. TV viewers who wish to watch the soap can subscribe to Peacock Premium for only $4.99 per month. Fans can enjoy a discount if they sign up through Peacock’s fall promotion wherein the streaming platform cuts back on its Premium rate to only $1.99 per month.

The slot left by Days Of Our Lives on NBC will be filled in by a new one-hour news program titled NBC News Daily.

Days Of Our Lives – Exec Talks About The Move To Peacock

Days of Our Lives Ken Corday opened up about the move to Peacock. He addressed fans’ concerns that the program may change after the transition.
Corday assured viewers that they would still get “the same show” that they have enjoyed for years. However, he did note one “bigger” exception.

“You will probably be getting more show content after February of next year, because we don’t have to limit the show to 38 minutes with 22 minutes of commercial time,” Corday shared.

“The broadcast quality on streaming is better than network broadcast from transmitters,” Corday added.

Days Of Our Lives Spoilers: Will Stefan Eventually Walk In On Gabi And Li In The Act? https://t.co/fvZwdZmQjf #DaysofOurLives #Spoilers #DaysofOurLivesCast pic.twitter.com/TVBUfeKutX

Li Shin’s (Remington Hoffman) father, Mr. Wei Shin (Clyde Kusatsu), will be in town. He’ll drop by Salem to attend the shareholder’s meeting.
Mr. Shin’s arrival will cause some tension between Gabi Hernandez DiMera (Camila Banus) and Li since she’s not the type of girl that Li’s parents would want for their son.

Meanwhile, Gabi will overhear Li, and Dr. Wilhelm Rolf’s (Richard Wharton) phone call, which will make her become suspicious. Li may warn Dr. Rolf that they need to be careful and make sure that Stefan DiMera (Brandon Barash) can never escape again. Will Gabi learn about Li’s secret?