General Hospital: Charles Shaughnessy Hints “No One Is Safe” In Port Charles 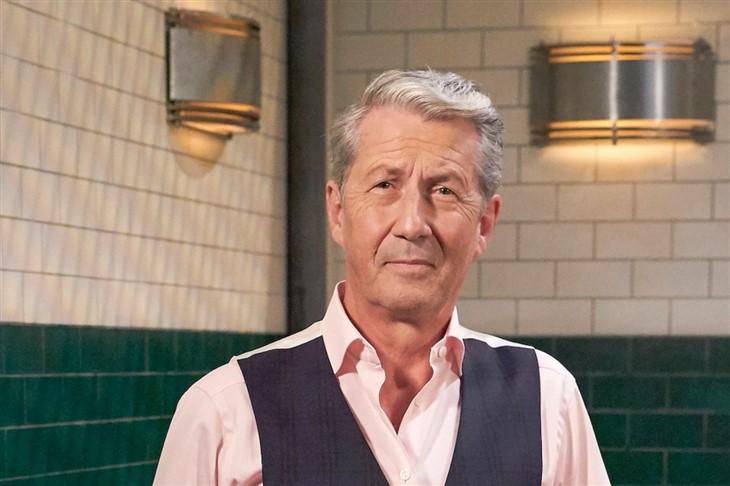 General Hospital spoilers and updates tease that “no one is safe” in Port Charles, as per Charles Shaughnessy. The actor, who portrays the suave, handsome yet dangerous Victor Cassadine, dropped some hints during a recent General Hospital Facebook Live Q&A.

Victor is out to get Laura Spencer (Genie Francis). Shaughnessy shared that he was “squeamish” when he learned that his alter ego was out to get Laura. Not only that, he has no clue where the storyline is headed.

Victor has “certainly tried a couple of nefarious attempts. I was a little shocked to find out about Luke, quite honestly,” Shaughnessy added.

The actor mused that Victor would do anything he wanted and that everyone at Port Charles is fair game. He hinted that nobody was safe, not even Laura.

Spencer turned to the bottle to down his sorrows after learning that Nikolas Cassadine (Marcus Coloma) slept with Esme Prince (Avery Kristen Pohl). Spencer will be in for a surprise when Victor bursts into his room and accuses him of trying to take Ava’s life.

Spencer will be in shock when he learns that Ava is fighting for her life at the hospital. He will defend himself and say that he was in his room sleeping off his drunkenness and has no idea about what happened to Ava.

He’ll admit that he has issues with Ava, and he’s made a lot of messed up things in the past. However, he’ll reject the idea that he could brutally attack his stepmother and leave her almost dead.

However, Victor won’t be easily convinced since Spencer can’t recall what happened the night before. Spencer will eventually worry about what he’s done, especially because he can’t remember a thing. He may have to consider the terrible possibility that he tried to kill Ava the night as he was totally drunk.

Ava’s attack will cause some chaos within the Cassadine clan, and fans can expect more confrontation between Spencer and Victor.

Austin Gatlin Holt (Roger Howarth) will also question Mason (Nathanyael Grey) regarding the deadly assault on Ava. Austin wonders if Mason wanted to silence Ava and if it was him who tried to kill her.