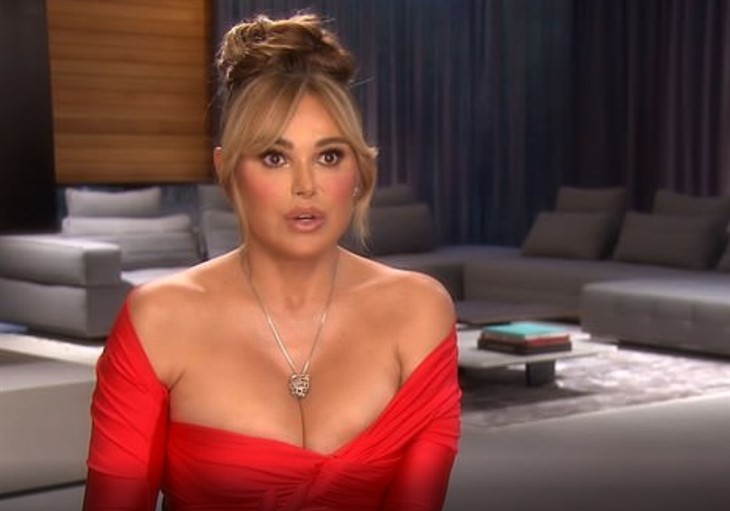 The Real Housewives of Beverly Hills (RHOBH) becomes a hotbed of gossip as BotGate escalates around the son of Garcelle Beauvais. Diana Jenkins took so much hate, she reportedly hired security guards around the clock. And now, folks think her Twitter was suspended, thereby inferring guilt. But, was it really her account that was taken down?

The Real Housewives Of Beverly Hills – BotGate Accusations From Trolling – Why Diana Jenkins?

Quite, why Diana gets the most accusations for hiring bots to troll a 14-year-old, seems unclear. Of course, the drama includes others who needed to get defensive in a hurry, People like Kyle Richards, Lisa Rinna, and Erika Jayne denied that they hired bots to troll on a child. If you don’t know, the things said to Jax were simply appalling.

Of course, nobody likes the idea of a child of any RHOBH star getting trolled. But things get out of hand with Bravo fans. In fact, Diane Jenkins ended up with death threats. If you don’t know, someone on Twitter checked out all of the trolling comments and ascertained that they were bots. So almost anyone could have hired them. In fact, it could have even been a deranged Real Housewives of Beverly Hills fan.

On Instagram, Bravo And Cocktails shared a photo of a suspended account. In their caption, they said, “Diana’s Twitter is suspended….” So, along came influencer Facereality 16 who said, “Fake account!! Check my stories!” While everyone was very careful on Bravo and Cocktails NOT to say that Diana was allegedly suspended for hiring bots, the inference was there in some comments.

RHOBH fans who saw the Instagram Stories by Facereality 16 were walked through the fact that Diana Jenkins never used it. Some of them commented about that, noting that Diana said she never ran a Twitter in her real name. There is another parody account, which clearly states that it’s not really her. But the suspected fake account that was suspended didn’t show that.

The Real Housewives Of Beverly Hills – Even If It’s A Mistaken Account Does That Mean She’s Guilty?

RHOBH fans might assume that Twitter might have taken the account down because they suspect Diana Jenkins was behind BotGate, However, at this time, it’s not provable. After all, Diana could have reported the account as fake. Wouldn’t you, if people suspected you had arranged to troll on a kid?

Almost anyone could have reported it as fake. In fact, the person who was behind BotGate could have done that, assuming it was never Diana in the first place.

Actually, the whole thing gets crazy and Diana has a young child to think about. Does any hater who sends death threats over one child not realize how bad it could hurt another youngster? Bear in mind, the initial reports suggested that the bots attacked Jax on Instagram, not Twitter.