The Young And The Restless Spoilers: Mean Adam Incapable Of Growth – Victor Must Clamp Down 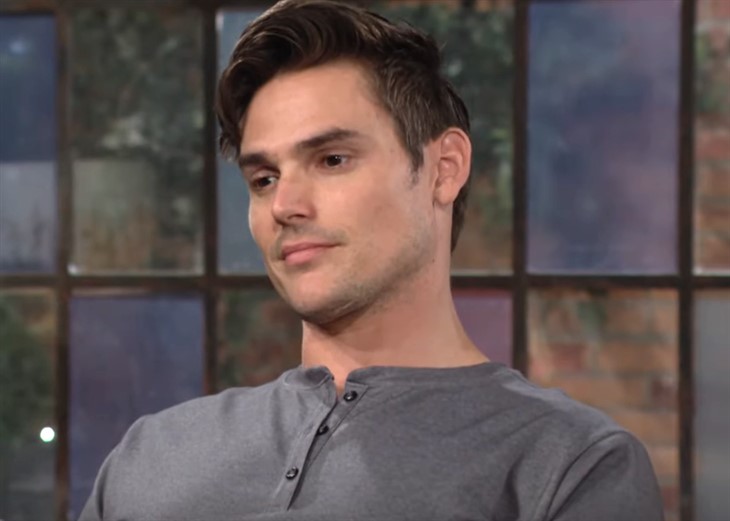 The Young and the Restless spoilers document that Adam Newman (Mark Grossman) has thought himself into another corner in Genoa City, Wisconsin. His mean streak has been self-evoked, with another Newman family battle unfolding.

Many have attempted to bring Victor Newman (Eric Braeden) down, with Jack Abbott (Peter Bergman) being chief among them. But Adam is arguably the greatest threat to his father’s freedom, as the Moustache knows.

Adam made peace with as many family members as he could. Grossman’s character even helped Victoria Newman’s (Amelia Heinle) wedding to flow smoothly in Tuscany, Italy, by blocking Jesse Gaines (Jameson Jones).

Digitally skipping forward in time, Adam warned Victor not to take Ashland’s threats lightly, immediately reporting them after the now-deceased villain said he was seeking personal revenge. Adam also sought contact with Victoria and Nick Newman (Joshua Morrow) at Society to alert them to Ashland’s intent.

But Victor dismissed Adam’s concerns. Victoria did not offer what Adam felt was due thanks for his efforts, leading to his renewed attempts to fight the family.

Sally Spectra (Courtney Hope) decided that Adam was her future. She committed to him and appeared to gain his heart.

But Adam felt his old demons growling and stopped himself from fully falling in love with Sally. He coldly ended their relationship with no warning. His actions appear to have partially been to protect Sally from being part of the fallout his revenge plans were sure to produce.

While Sally recently told Victoria about Adam’s request for Newman Media to publish a hit piece on Victor, she still harbors hopes of eventually reconciling. So, Sally can not be considered closed off to Adam. She could willingly side with him or be used in the near future.

Victor was not going to allow Ashland to create trouble for his oldest children from the grave. So, he sent his minions to handle the aftermath of the fatal accident Nick caused in Victoria’s living room.

The Young And The Restless Spoilers: Chance Encourages Chelsea, Will She Read Him Right? #yr #youngandrestlesshttps://t.co/n8gDhKl30T

Adam’s illegal receipt of the police report gives him wild card leverage. Victor must turn the soapy tables on his youngest son immediately because Adam will not pass up an opportunity to punish his father for perceived slights dating back to his childhood on Y&R.