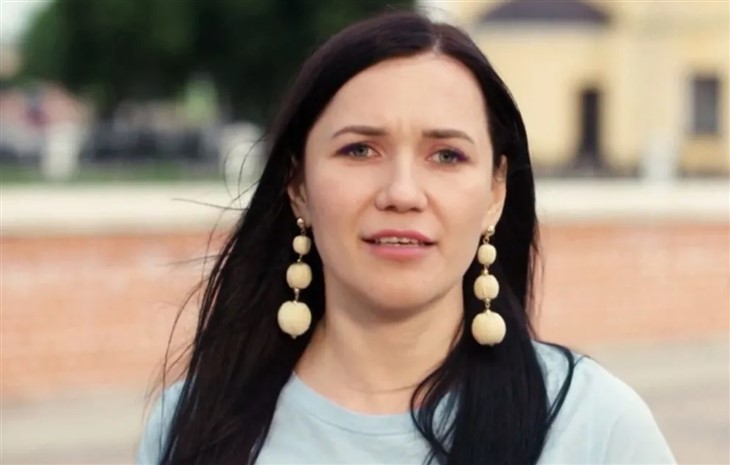 90 Day Fiance alum Varya Malina suffers from cold sores, otherwise known as fever blisters, medically known as the Herpes Simplex Virus type 1. Getting real about it, she showed her sore near her lip and asked what people do to try and clear them up. Later, she gave some tips on what she uses.

90 Day Fiancé Spoilers – Varya Malina Gets On Without Geoffrey Pachel

There’s a theory floating around that came from New York University, that too much stress can help to worsen cold sores. Well, if that’s the case, then no wonder Varya struggles with them at the moment. Bear in mind, she remained in the USA after Geoffrey was imprisoned on assault and battery charges. She was the one to visit his son Kazhem’s grave this year… alone.

While a lot of 90 Day Fiance fans hate that the Russian still supports Geoffrey, she certainly seems determined to wait out his sentence of 18 years. Open and direct, she supports those who stand against the Russian invasion of Ukraine. Plus, she talks about her daily life as she copes without Geoffrey. Sometimes, she gets very candid.

Before you point a finger and laugh at Varya for her herpes sores, you need to know that more than half of all Americans get it at some stage. According to The Mayo Clinic, it originated with “kissing or oral sex.” However, anyone can pick it up from sharing razors or even using a towel someone else used first. Those nasty little sores look quite ugly, not to mention that they can hurt. But, it is treatable.

When 90 Day Fiance star Varya Malina showed her Instagram fans what her sore looked like, she asked what other people use. Later, she revealed that she goes with acyclovir treatment. That way, it clears up in about five to ten days. However, as it can reoccur, it won’t be cured forever.

90 Day Fiance fans who suffer from the cold sore problem may think that natural therapy is best. Notably, none of them have yet been proven. Remember, always consult with a doctor before trying anything. Especially, if your immune system is compromised. Also, some home remedies can be strong and burn you.

Varya could try Apple Cider Vinegar or lemon balm. But Health Line notes that it should be watered down. Their website reports that “research from 2015 suggests that using lysine won’t prevent the occurrence of a cold sore, but it doesn’t hurt to try.”

You could also try essential oils like peppermint, tea tree, or clove.

What do you use to treat your Herpes Simplex Type 1 cold sores? Let us know in the comments below.