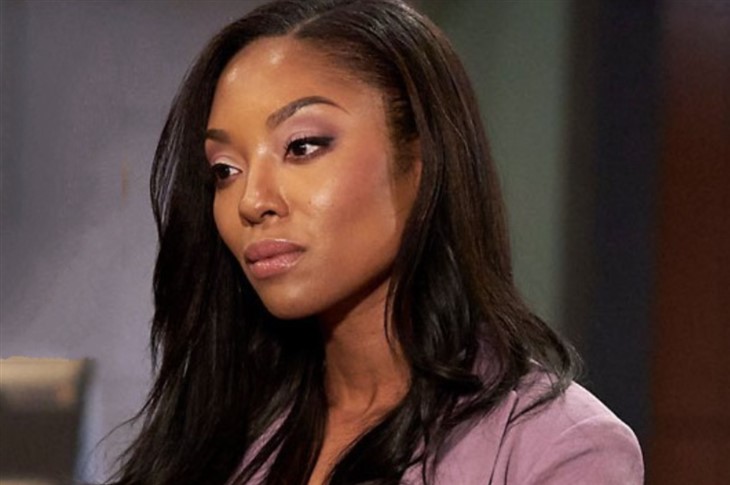 General Hospital spoilers and updates tease that Port Charles Police Commissioner Jordan Ashford (Tanisha Harper) is suspicious of Victor Cassadine (Charles Shaughnessy) for more than one reason. She’ll interrogate Victor both for the wild goose chase he sent her on regarding Esmé Prince’s (Avery Kristen Pohl) possible location and the attack on Ava Cassadine (Maura West).

General Hospital Spoilers – There Has To Be A Connection

Jordan knows there has to be a connection, having gone to Wyndemere Castle a few days earlier looking for Esmé in connection with Trina Robinson’s (Tabyana Ali).  Victor was there, and she was informed Esmé had left town but no one knew where she was. A phony social media lead came in not long afterwards, leading her and the police on a wild goose chase to France.

Now Ava has been attacked and Esmé still hasn’t been found; Nikolas Cassadine’s (Marcus Coloma) acting strange and so is Spencer Cassadine (Nicholas Chavez).  They’re both acting strange when questioned about the family patriarch, and Jordan knows there has to be a connection.

General Hospital (GH) Spoilers: Nikolas Slept With Esme, Will Ava Pay The Price With Her Life?

Victor might be smooth, but he’s not that smooth; Jordan thinks he’s acting very suspicious.  She thinks he’s corralling his family members into cooperating on a narrative to draw attention away from themselves in both Ava’s attack and Esmé’s disappearance. Again, Jordan thinks it’s all connected, and she’s investigated characters like the Cassadines before.

Jordan knows that she’s going to have to interrogate Victor ala spy versus spy, and she’ll have to watch his looks and body language very closely. She’ll have to watch what he doesn’t say more than what he does, and make sure he knows he’s not dealing with an amateur Nancy Drew. She also figures that it likely wasn’t Victor himself who attacked Ava, it was probably an operative much in the manner of a mobster putting out a hit.

The matter at hand for Jordan’s interrogation is the attack on Ava, but she makes sure to bring up Esmé too. She puts out a bluff though, and divulges a lead on Esmé fizzled out – and notes his facial expression when she thinks it’s connected to Ava’s attack.