Rena Sofer Opens Up About The Bold And The Beautiful Exit 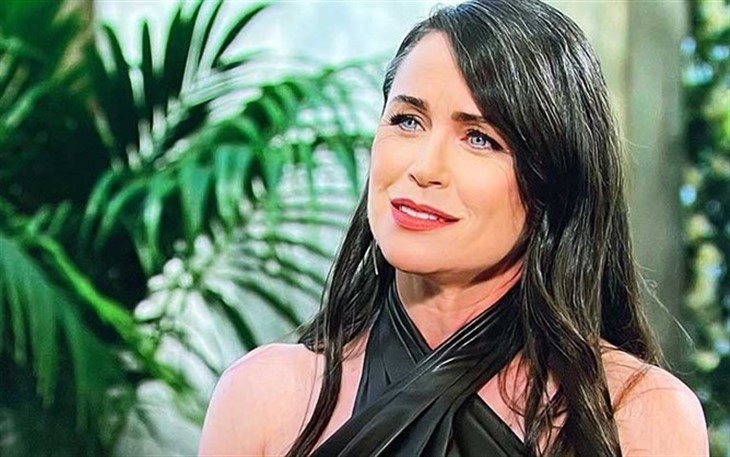 The Bold and the Beautiful spoilers and updates tease that Rena Sofa has opened up about her exit from the sudser. In an interview with Soap Opera Digest’s Dishing with Digest podcast, the actress talked about her decision to leave the daytime drama.

The Bold and the Beautiful Spoilers  – Rena Sofer’s Expectation

As an actress, Sofer gives everything whenever she portrays a character. But she noted that there are certain limitations when it comes to daytime. Despite her desire to make her alter ego shine and be the best it can be, her character is bound by what the people who run the soap thinks of Quinn Fuller.

“So I didn’t really want to spend any more years waiting for me to get into my son’s [Wyatt, Darin Brooks] love life or accuse Brooke [Katherine Kelly Lang] of being a terrible persona again,” she explained.

The Bold And The Beautiful Spoilers: Brooke And Liam Close Ranks, Thomas Under Fire

The actress also shared that her contract expired back in May. But she only knew about it until the last week of shooting before the daytime drama went into a hiatus back in July. Sofer shared that they reached out to her and offered her a recurring position for Quinn since they weren’t sure what to do with the character at that point.

Sofer believed that she deserved better than just waiting for them to figure out what to do with Quinn. So, she decided to leave and Brad Bell, the soap’s showrunner, called her to ask if she could stay. But she had already made up her mind.

The actress is thankful for her time on the soap, and she was celebrated during the final filming day. Not only that, she got to thank everybody, from the cast to the crew of the sudser.

Her final episode was aired on August 29. It’s not only her final appearance, but it also marked the end of her character’s relationship with Carter ( ). The Quarter is one of the most favorite couples on the show.

Fans are still reeling from the news of Sofer’s exit from the Bold and the Beautiful. Many of them took to social media to air their grievances.

“This makes me sad. I’m gonna miss Quinn. But wishing the very best in your future endeavors,” one fan wrote on Twitter.

“I AM SO HEARTBROKEN!! I can’t imagine B&B without Quinn,” another one commented.

“Thank you for playing Quinn for 9 amazing years! One of my favorite soap characters! You’ll be missed for sure! Can’t wait to see what you do next!” wrote another follower.