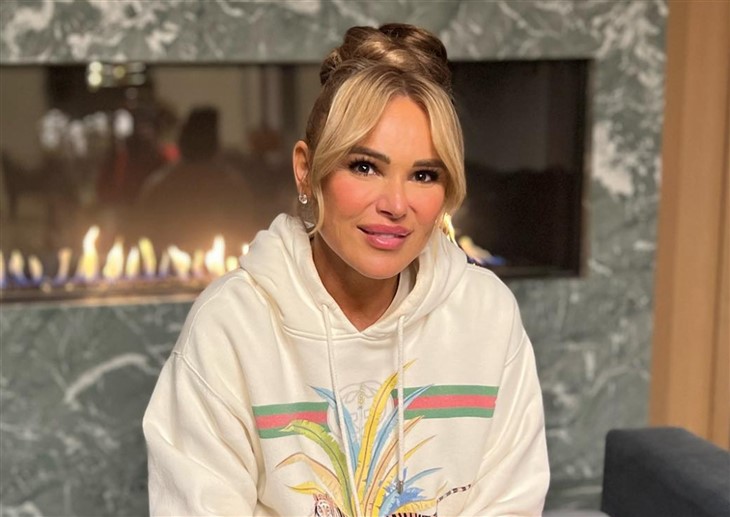 Real Housewives of Beverly Hills (RHOBH) star Diana Jenkins had had it with people sharing nasty stories about her. And, she took aim at Sharrell’s World. Actually, Diana’s under a lot of pressure right now, and plenty of folks slap at her as rumors run around that she might have hired bots to attack Garcelle Beauvais’ son Jax. As things escalate, she clearly wants to take some control of what folks say.

It’s getting dangerous for the cast of Real Housewives of Beverly Hills since the son of Garcelle Beauvais was trolled. Now called BotGate, for some reason, more folks targeted Diana than the rest of the Bravo cast members.

That came after a Twitter member said all of the trolling comments were bots. In fact, Diana had to get round-the-clock security for her family after death threats arrived.  RHOBH fans saw that it all originally blew up when Erika Jayne yelled something nasty at Jax at his mom’s birthday party.

Because she laughed about it, some Bravo fans suspected that Kyle Richard was behind the bot attack. Others thought it might be Lisa Rinna. But actually, it could have been almost anyone. And, not necessarily a cast member.

All About The Tea reported that Diana went for Sharrel’s World and apparently others also stand in the firing line. Not all about BotGate, it seems that the Bravo star is sick and tired of rumors being presented as news.

The outlet noted, “The blogger [allegedly] went on a month-long tirade on her YouTube channel making numerous false and defamatory statements about the Room 23 author.”

The news about the RHOBH star going on the offensive made some other influencers very happy. Actually, it sounds like not everyone sheds a tear for Trena Sharrell Lloyd.

When 90daysonblast shared the story on Instagram, the caption said, “Hey SW remember when you recently called my nursing board to report me for being in a You Tube chat?”

RHOBH fans also saw that before she tagged John  Yates, 90daysonblast added, “Maybe u can reach out to your state representative friend (the one u said could get my RN license taken from me) to guide you in the latest debacle you’ve gotten yourself into. Best of luck to you.”

Influencer John said in the comments, “she called your nursing board and she called the hospital I was a patient at to harass me.” Then he added, “I wish @sdjneuro all the luck in the world and will be happy to assist. Another great article by @allaboutthetea!”

Larissa Lima from 90 Day Fiance also popped up and said, “She lied about me. she took a Uber with me.”

Sharrell’s World has denied she made stuff up and claimed she only said what other people had already said. You can hear her response in the video below.