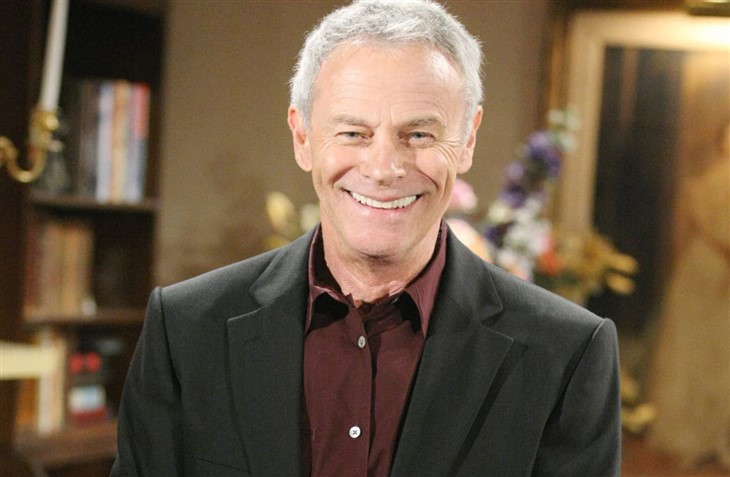 General Hospital spoilers and updates tease that Tristan Robert, who plays the role of Robert Scorpio, talked about the return of Emma Samms as Holly Sutton Scorpio. What can viewers expect to happen next?

In an interview with Soap Hub, Rogers said that he’s heard a rumor that Samm’s would be returning. But he didn’t really believe the speculation until it was officially confirmed.

Fans may recall that sudser hinted that Holly was alive even though her family were convinced that she’s already dead. Rogers shared that he’s got no idea where the storyline is headed and he didn’t dare to ask because he preferred not to know.

Rogers and Samms were introduced on the show back in 1983. He knows that his alter ego’s relationship with Holly is still unresolved. However, he has no idea what will happen next.

Roger described Anna and Robert’s relationship as “an advanced brother and sister.” They have an “amazing dynamic” that doesn’t need romance. When asked, the actor explains that Robert and Anna don’t have to get married because that won’t improve their relationship.

“They’re right the way they are now,” he said.

Spoilers hint that Carly Corinthos (Laura Wright) will decide to join the corporate retreat in Aruba, which she didn’t want to go to initially. She wants to move on from Sonny Corinthos (Maurice Benard), the death of Jason Morgan (Steve Burton), and losing Metro Court.

Going to Aruba could be the perfect way for her to recharge after everything that has happened in her life. Unfortunately, her flight won’t go according to plan. Her plane will do an emergency landing.

Carly’s near-death experience might make her realize what matters most to her. It may force her to take a closer look at her past and decide what she wants for her future. What’s next for Carly?

Drew Cain (Cameron Mathison) obviously wants to be part of Carly’s future. Carly’s recent scary experience could make her look in Drew’s direction. Is she willing to welcome Drew into her life?

Spoilers hint that there will be a lot of surprises for Drew and Carly. Will they be the sudser’s newest couple? Fans should stay tuned to find out.