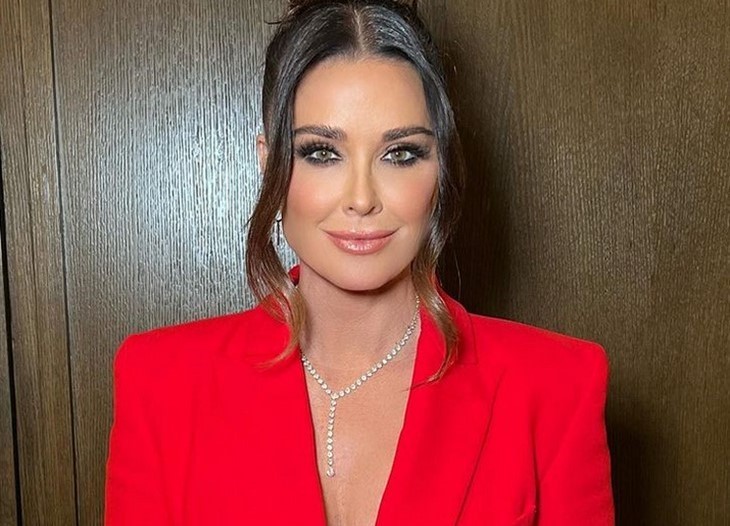 Real Housewives Of Beverly Hills, (RHOBH) fans take a swipe at Kyle Richards as she flip-flops so much. It’s almost like she’s running with the hare and hunting with the hounds. Bravo fans can’t believe how she showed two faces to different people and situations.

Bravo fans saw that when Erika Jayne swore out Jax, the 14-year-old son of Garcelle Beauvais, Kyle laughed. Recall, the July 6 episode showed a very drunk Erika behaving badly. And the repercussions continue to this day with BotGate. Dorit Kemsley also came under fire for laughing about it with Kyle. And, that’s despite Kyle saying in her confessional that it made her feel sick to her stomach.

Since July, The Real Housewives Of Beverly Hills cast took a lot of heat, and none more than the newcomer, Diana Jenkins. If you don’t know, Jax got a lot of trolling on his Instagram. And, it turned out they were bots. So, fans wondered which cast member paid for them. Kyle, Lisa Rinna, and more were accused on social media. But, the worst, including death threats went the way of Dianna.

Facerealit16 on Instagram shared a meme that revealed Kyle laughing about Erika Jayne cursing out Jax. Next, came a photo of her looking solemn when Garcelle and Sutton Stracke unfollowed Erika Jayne. In the caption, it said, “Kyle’s takes this season just aren’t it.” Actually, the “Make It Make Sense Management” link fits perfectly for the tone of the meme.

Real Housewives Of Beverly Hills fans totally agree that Kyle Richards flip-flops way too much. One of them said, “Kyle’s behavior the last few seasons and esp last night is really starting to make sense why she didn’t talk to her sisters for years.”

Another critic noted, “I dislike Kyle more & more each episode.”

Real Housewives Of Beverly Hills viewer, jillymoo65, wrote, “And her being happy that Diana is being honest with her feelings about Sutton, but then tries to console Sutton afterwards.” And then came the kicker, “Pick a lane Kyle.”

Actually, that seems to be a huge problem. Kyle flip-flopped over a lot of things over the years. Remember, she flipped on Lisa Vanderpump and took the side of Dorit during PuppyGate.

No wonder, another follower said, “The realest meme 👏👏.”

What are your thoughts about Kyle Richards forever flip-flipping and not sticking in one lane? Do you agree that it makes her very unlikeable? Sound off your feelings in the comments below.