The Young And The Restless Spoilers: Chelsea Is Lonely – Billy Is Reckless 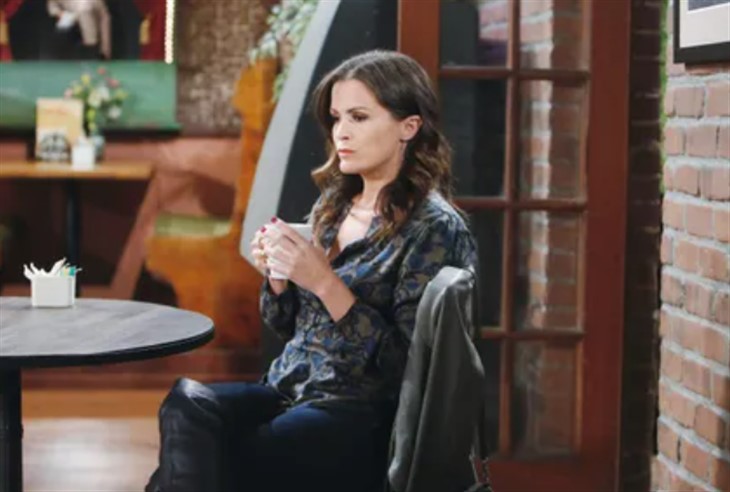 The writing staff created a gap between Chloe Mitchell (Elizabeth Hendrickson) and Chelsea due to plotting reasons. No one knows Chelsea better than Chloe. But Hendrickson’s character is neutralized due to their recent spats, leaving Chelsea isolated.

The above projects Chelsea making a bad decision, most likely with a relationship. But who would be Chelsea’s worst choice?

The Young And The Restless Spoilers – Adam Newman Rebound Soon?

Adam has committed to staying away from Sally Spectra (Courtney Hope). He recently told his father, brother, and oldest sister that the Ashland Locke (Robert Newman) dirt will not be thrown.

The Young And The Restless Spoilers: Diane Not Prepared – Enemies Swarming As Attack Develops

Grossman’s character is single. So, Chelsea could argue that reconciling with him is the least bad choice, as the other two guys she may have potential with are involved with other women.

Chloe has called out Adam as the problem countless times. But in this instance, she would cite his pattern of treating Chelsea badly.

Billy did not expect Chelsea to kiss him and on the lips, no less. He was not aware of how emotionally vulnerable she remains following Adam refusing to attempt reconciliation in the recent past and then Rey Rosales’ (Jordi Vilasuso) tragic death.

Chelsea had no desire to be with Billy when she was recovering. At that point in the plot, Chelsea mostly allowed herself to become attached to Rey.

Vilasuso’s character died, and she shifted her interest to Billy. He did not respond, and Chelsea appeared to show some interest in Chance.

Chance was struggling when his devoted wife, Abby Newman Abbott Chancellor (Melissa Ordway), located and brought him home. Abby saved Chance, with the aftereffects of losing his team on the government mission proving lasting.

He stabilized himself in recent months and seemed to handle his police partner’s untimely loss well. But then the Ashland Locke (Robert Newman) investigation happened, Victor Newman (Eric Braeden) was revealed as involved, and Chance slipped back.