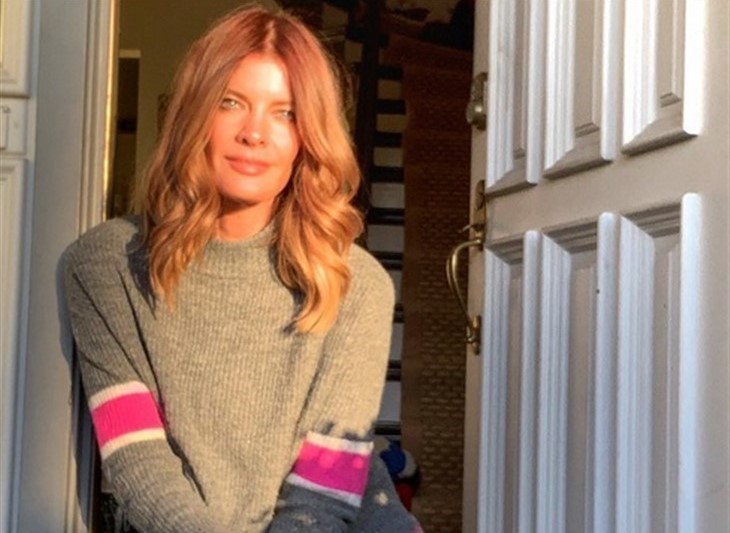 The Young and the Restless spoilers and updates tease that Michelle Stafford, also known as Phyllis Summers on the sudser, has landed a new project. The actress revealed that it requires a lot of studying.

Stafford is one busy woman. She’s running a skin care company called Skin Nation, taking care of her two kids, and works on daytime drama. It seems like her plate isn’t full yet. The actress shared on Instagram that she’s got a new gig but studying is a must.

“Today was the first day of a super cool project,” the actress wrote on Instagram.

The actress hinted that the project is currently in progress and that it’ll take a lot of time and effort.

Stafford didn’t offer any other details about what she’s been up to lately but she did tease that it had something to do with the lettuce in her hand.

“Nutrition and wellness [have] become a new passion of mine. Starting from not being too ‘well’ in my past and seeing others around me not being ‘well’ recently,” she continued.

It seems like the actress has become increasingly interested in health and wellness. She added that when it comes to physical wellness, a person’s age shouldn’t matter. She wants to find out more and that’s why she’s hitting the books. She promised to share everything she’ll learn to her followers.

Spoilers hint that Summer Newman (Allison Lanier) will suspect that Kyle Abbott (Michael Mealor) is keeping something from her. She knows her husband well and she can feel it when something is up.

And she’s not wrong. Kyle wants a do-over wedding party and he’s trying to keep it under wraps, especially from his wife. When asked, Kyle may come up with an excuse that has something to do with the Diane Jenkins (Susan Walters) expose.

Elsewhere, Summer will speak her mind to Phyllis and Nikki Newman (Melody Thomas Scott). Summer will be furious at them both for misleading her about the true intentions of Talia Morgan’s (Natalie Morales). How will Summer and Nikki react?