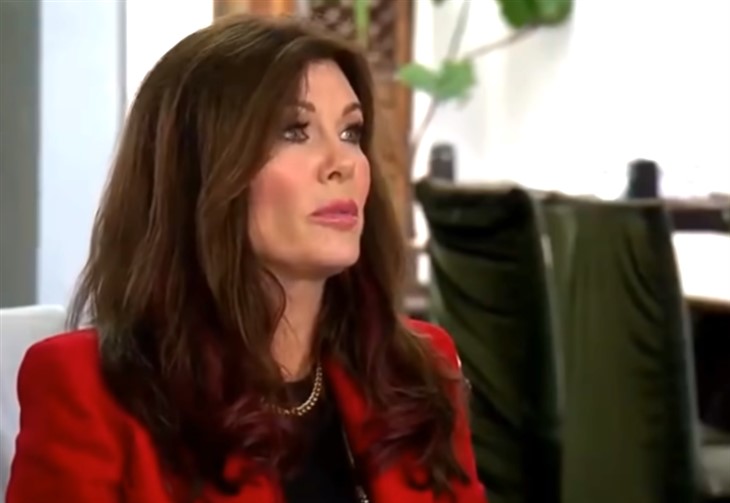 Real Housewives of Beverly Hills (RHOBH) fans are all excited because they saw a photo that revealed Garcelle Beauvais filming with Lisa Vanderpump. Naturally, they hope that the Bravo stars return to give Kyle Richards a headache. However, they could have been filming for Vanderpump Rules, Season 10.

Garcelle Beauvais’ son, Oliver has been hinting at the possibility that he features in Season 10 of Vanderpump Rules. Actually, the current gossip is that he and Rachel Leviss hit it off. Unfortunately, he’s also married. Welcome to the drama max show, Oliver. Well, Team Lisa really hopes that the two women don’t film for that Bravo show.

RHOBH fans will recall that Kyle Richards recently got slammed for laughing about Erika Jayne cursing out Garcelles’ other son, Jax. But then, she tried to look deeply unhappy when she spoke about it in front of the camera. So, critics think that she’s two-faced. And, nobody knows that better than Lisa. Recall, they were formerly friends, but Kyle turned on her during Dorit Kemsley’s PuppyGate.

In March last year, Bravo fans heard that Lisa was planning to open a new restaurant in Las Vegas. At the time, she already had a restaurant in Caesar’s Palace. But the new one would bring cuisine from France. So, it makes sense that if Garcelle and Lisa were filmed in LA, then it might be because Oliver works there.

Reality Blurb noted that “… some immediately began to speculate about a potential RHOBH return for Lisa.” But on Twitter, “the Queens of Bravo claimed they were actually filming for the upcoming 10th season of Vanderpump Rules.” So, that might disappoint RHOBH fans.

Of course, other influencers quickly shared the post across social media. And on Instagram, hope still runs high that they film for The Real Housewives of Beverly Hills.

When Bravoandcocktails shared the photo, one hopeful Team Lisa fan said, “When she left all class left! That allowed Erika & Kyle to run the show which is now 💩.”

Another one wrote, “YESSSS BRING BACK LVP.”

More people called for a return to the Beverly Hills show. This comment also arrived: “ITS👏ABOUT👏DAMN👏TIME👏👏👏!!”

Meanwhile. those who know that it was filmed for ‘Pump Rules reminded the others about Oliver. One fan said, “You do realize LVP gave Garcelles son a job? Both classy women something Rinna could learn from.”

For some fans, just the idea of two of Kyle’s enemies teaming up is sufficient to cheer up their whole day.

Be sure to catch up on everything happening with RHOBH and Vanderpump Rules right now. Come back here often for all Bravo spoilers, news, and updates.