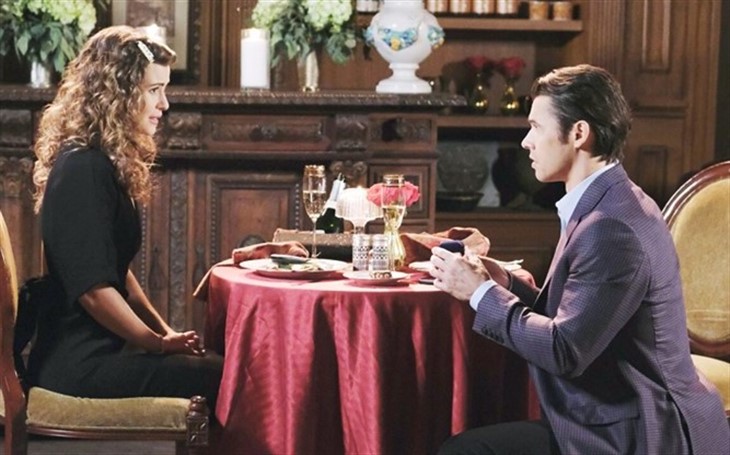 Days of Our Lives spoilers for September 5-9, reveal the very last week this soap will ever be on broadcast television, ushering in a new beginning for digital entertainment as DAYS moves to the streaming service Peacock. But, with this last week on NBC, we get a wedding.

Days Of Our Lives Spoilers – Third Times The Charm For Xarah

Sarah Horton (Linsey Godfrey) and Xander Cook (Paul Telfer) have tried this living room wedding thing three times already but they finally get it right in the Horton living room rather than the Kiriakis living room. It seems all they ever really needed was a change of venue.

This doesn’t mean Xander and Sarah will finally live happily ever after as that’s the kiss of death on soaps, but this is also sure to make Xarah fans very happy.

Days Of Our Lives Spoilers: Sonny And Leo Team Up, Love Blooms As Real Attacker Found?

DOOL Spoilers – Sonny Kiriakis’s Life Is On The Line

Sonny Kirkiakis’ (Zach Tinker) stabbing brings Will Horton (Chandler Massey) home to be with his husband as he recovers, but when Sonny wakes and sees Leo Stark (Greg Rikaart) in his room, he gives him the chance to get away. It seems Sonny knows Leo can’t be the person who tried to kill him. But if it wasn’t Leo, who was it? Is someone really setting him up?

Days Of Our Lives Spoilers – Sadness In The Horton House

While Xander and Sarah celebrate, Maggie Horton (Suzanne Rogers) learns the extent of Jennifer Deveraux’s (Cady McClain) grief when Jenn is forced to admit she has been taking pills again. Maggie notices her with some painkillers that were prescribed to Doug Williams (Bill Hayes) and Jennifer tells her aunt this is what she has been taking to cope.

With Maggie being an alcoholic, will she be able to convince Jenn to go to a meeting and get help?

And finally, Abe Carver (James Reynolds) and Paulina Price (Jackee Harry) make a surprising political announcement. Stay tuned to Days of Our Lives weekdays to see how these stories play out.