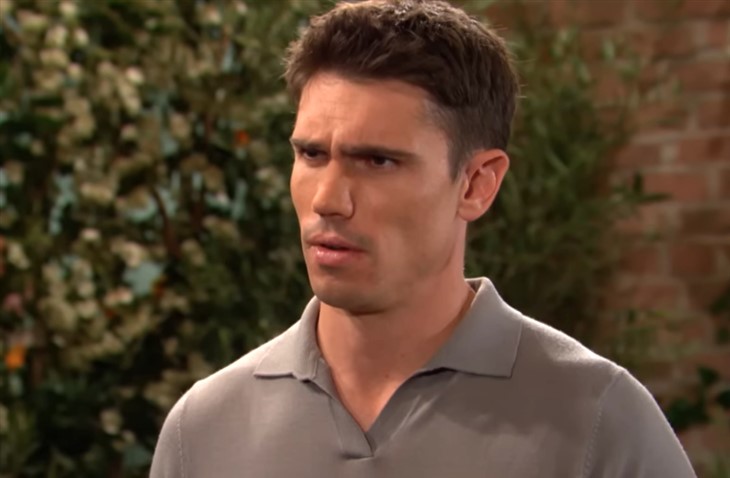 The Bold and the Beautiful spoilers document that John Finn Finnegan (Tanner Novlan) has exhibited an incredible resiliency during the period fans have gotten to know him on B&B. The man survived getting shot.

The woman who brought Finn into this world, after her cavort with Jack Finnegan (Ted King), nearly took him out after accidentally plugging him in the gut and then leaving him to die aside of his wife, Steffy Forrester Finnegan (Jacqueline MacInnes Wood), who she also shot, intending to kill.

However, Sheila Carter (Kimberlin Brown) is right. Finn does seem to hold some modicum of interest in the woman who gave birth to him. Of course, he thinks she is dead and no longer believes she is a threat to him, his wife, and their son.

Deacon Sharpe (Sean Kanan) is trying to convince Sheila that she can not stay in Los Angeles, California. Not only does she want to stay, but Sheila also feels emboldened to reestablish contact with Finn.

Sheila’s inevitable fate is likely to see Finn where he works and or at the cliff house. She will likely watch him from afar or even within a close proximity with her disguise in place.

Is there any doubt that Deacon’s fears about Sheila being revealed and his connection to her confirmed? No. Because she will undoubtedly either reveal her existence to Finn intentionally or unintentionally.

Finn experienced what he initially believed was a productive shock on his wedding day. He thought that Sheila was noble in wanting to seek him out after she revealed and then explained herself in the Forrester mansion’s guest house while the wedding reception was occurring.

He was soon shocked to learn about Sheila’s history with the Forrester family. Finn was also stunned to discover that Jack was not his adoptive father but his biological dad.

Seeing Sheila in the alley behind Il Giordino pointing the gun at Steffy was uniquely jarring. Then, he took the bullet for his wife, nearly died, and awoke to his real mother, Li Finnegan (Naomi Matsuda), caring for him. Of course, Sheila shocked him again when arriving at that location where she forcibly took over.

As long as Finn and Steffy are alive, they will serve as witnesses to Sheila’s crimes. She shot them both and attempted to make the scene look like a botched robbery.

Deacon sees that Sheila is so delusional because she believes in another fantasy. Brown’s iconic villain truly believes that Finn will not only forgive her for all that has happened and keep Steffy at bay, but Sheila also thinks that they will overlook her shooting them and running away.