The Young And The Restless Spoilers: Diane’s Humiliated…And Saved 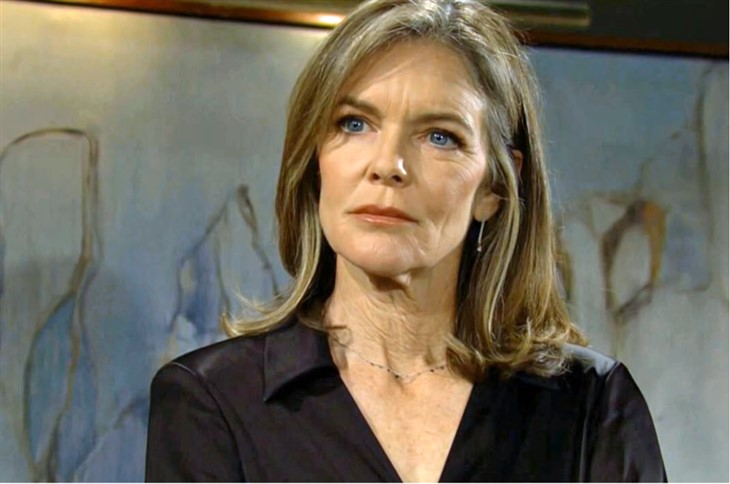 The Young and the Restless spoilers reveal Nikki and Phyllis thinking their plan worked and gloating all the way.

Sure, she did so many horrible things that she was forced to fake her own death and stay ‘dead’ for over a decade while abandoning her young son to be raised by his father. But Diane Jenkins (Susan Walters) feels she did everything she could to turn her life around and become a better person, so when Talia Morgan (Natalie Morales) publishes that expose on her, she is devastated.

Every horrible thing she ever did is now dredged up and the whole world, including Kyle Abbott (Michael Mealor), is reminded of it. Meanwhile, Nikki Newman (Melody Thomas Scott) and Phyllis Summers (Michelle Stafford) are thrilled because their plan is coming together. They fully expect to see more articles from Talia detailing the terrible things that Diane did during her time in Los Angeles.

When Diane tells Jack how humiliated she feels, he tells her that she has to live with the consequences of her own actions. He feels bad for her but he certainly doesn’t think she is a victim. Still, Diane was happy to have a new job in Genoa City where people didn’t know her so they wouldn’t judge her. Now that is coming to an end.

However, it finally hits Diane how this happened. It was Nikki and Phyllis who brought Talia to town and put her up to writing this. Phyllis’ attitude at work is all Diane needs to put things together and she can’t wait to tell Jack that Phyllis is still obsessed with bringing her down. All that talk of change hasn’t been real at all.

Diane is not about to take this lying down because she almost has everything she’s been working so hard for. “No matter what, she wants a relationship with Kyle, Harrison, and Jack,” Susan Walters said in the September 11, 2022, issue of Soap Opera Digest. “NSo, blowing up is not going to help her so she’ll try to keep a lid on it.”

Then, Diane is further surprised when she gets a mysterious text from someone telling her that any future stories have been killed. Who could have sent the text? Stay tuned to The Young and the Restless weekdays to find out.