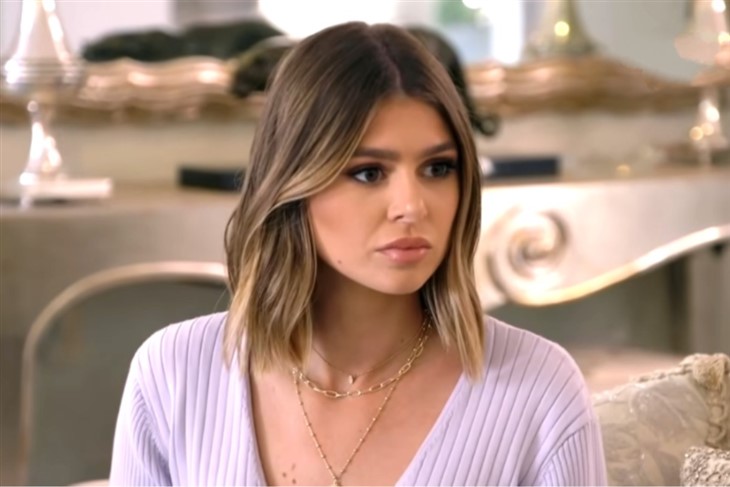 Vanderpump Rules (VPR) Season 10 was renewed and shooting started in the summer. However, the rumor that Requel Leviss cheated on Garcelle Beauvais’ daughter-in-law with her son Oliver seems dodgy. Spoilers reveal that Oliver’s wife, Samantha has receipts for his cheating. And yet, fans still don’t buy it. Why is that?

Season 9 was not stellar in ratings and audience reception. So, Bravo fans seriously think that the whole cheating drama is an invention to crank the ratings. When matriarch Lisa Vanderpump leaked some spoilers, season 10 sounded positively boring. She said that everyone went through hard times and now they are growing up and getting wiser. Yay! Not. Social media started yawning instantly.

The drama all came to a head between Raquel Leviss and James Kennedy around the time that VPR’s Season 9 Reunion happened. The couple split and decided they were no longer engaged. Well, in the past couple of weeks, Garcelle Beauvais has been at the center of a massive row over the trolling of her young son Jax. And just wow! Rumors started that her other son, Oliver was cheating on his wife with Raquel.

Furthermore, he’ll be in Season 10 of Vanderpump Rules. How neat is that? Well, for starters, Bravo fans think it’s all way too neat given the timing.

Social media is humming right now as the knives are out for Diana Jenkins. She was suspected of hiring the bots that trolled Jax. In fact, she claimed that she got death threats, so she had to hire security. Interestingly, Lisa Rinna suspects a producer of Real Housewives of Beverly Hills producer for Bravo did it. Well, in the light of Garcelle and Lisa Vanderpump’s filming together, that idea starts making more sense.

If a Bravo producer could cause so much interest in one show, why not stretch it to crank up drama for VPR as well? Lisa Vanderpump is friendly with Garcelle Beauvais and word leaked that she offered Oliver a job at one of her restaurants.

Then came the rumors that Raquel Leviss was cheating on Oliver’s wife, Samantha. And, Samantha leaked some receipts that apparently showed Oliver cheating with multiple women. We didn’t show them all given the sensitive nature of a family magazine.

Interestingly, Samantha Saunders claims that Oliver’s not getting paid for his Vanderpump Rules appearance. Meanwhile, Oliver claims they are getting a divorce. And, a video emerged via  The Talk Of Shame that showed Raquel with Oliver. But that only makes Real Housewives of Beverly Hills, and Vanderpump Rules fans, more suspicious.

On Instagram, more than one VPR follower seemed suspicious. One of them said to The Talk of Shame, “Just looks like [a] staged hug to me.”

Another follower opined, “… they are filming and that was all planned for hype on a show that is dying.”

This commenter also didn’t buy the affair between Raquel and Oliver. It read, “But is it for the show? Because the timing of all of this is sus…..”

What do you think? Is this all too neat and convenient to be true? Sound off in the comments below.

Be sure to catch up on everything happening with Bravo’s VPR right now. Come back here often for more Vanderpump Rules spoilers, news, and updates.