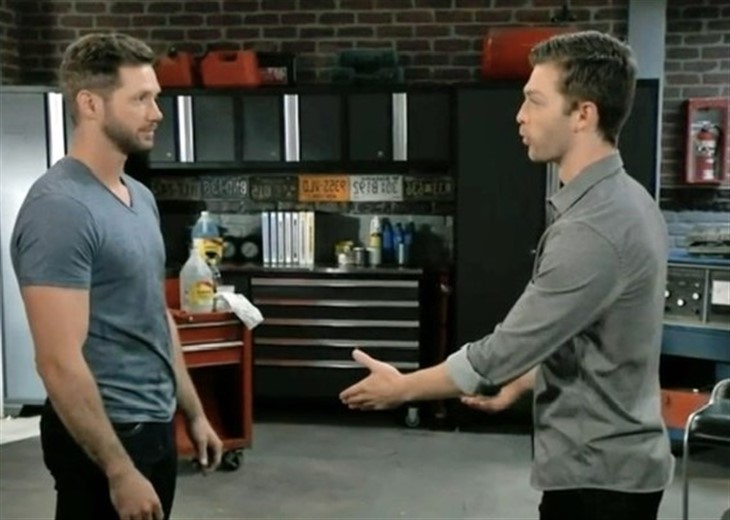 General Hospital spoilers suggest that Brando Corbin (Johnny Wactor) may be attacked and it looks like Dex Heller (Evan Hofer) is behind it. Will Dex make the mistake of attacking Sonny Corinthos’ (Maurice Benard) cousin?

General Hospital spoilers reveal that Sasha Gilmore has been refusing Brando’s help for some time. Unfortunately, time is running out for Sasha to get a plan in place. Brando is trying to keep Sasha out of prison and so far, it is not looking good. Sasha is facing serious prison time on top of losing her job.

Now Brando may be severely hurt or even killed. Sasha may have no choice but to go to prison for her attack on Grant Smoltz (David Lautman). Of course, Smoltz integrated the fight by trying to set Sasha up. Brando could end up in the hospital or dead. If this happens, who could help Sasha stay out of prison? Has Sasha’s fate been sealed by this attack?

GH Spoilers – The Invader Will Investigate These Crimes

Alexis Davis (Nancy Lee Grahn) and Gregory Harrison (Gregory Harrison) will investigate the crimes. It seems that Brando’s attack will be one of these crimes discussed. It seems that Dante Falconeri (Dominic Zamprogna) won’t just be drawn to Dex for this crime but could make another discovery as well.

Will Dante figure out the connection between Dex and Michael Corinthos? Is Michael responsible for Brando’s attack? What does this mean for Dex’s budding relationship with Josslyn Jacks (Eden McCoy)? Spoilers suggest this will affect Michael’s whole family, but don’t say exactly how.

It has been suggested that Dex may begin to lose it when things start to unravel. Remember, Dex has already been kicked out of service because he attacked a superior. What is to stop Dex from doing it again? Could Michael be next if he starts to exert his power? Could Willow Tait (Katelyn MacMullen) or Wiley Corinthos (Viron Weaver) get caught in the crossfire?

Michael doesn’t want Dex to blow his cover because of the charges the two of them will face if they do. Dex, on the other hand, may be far more worried about the consequences he would suffer from Sonny if the truth comes out. After all, Dante got shot when he pulled this same con. Unlike Dante, chances are that Dex will not be lucky enough to survive.

Will Brando survive this attack? Will the cops deal with Brando’s attacker before Sonny gets his hands on them?