The Young And The Restless Spoilers: Team Nate Or Team Devon? 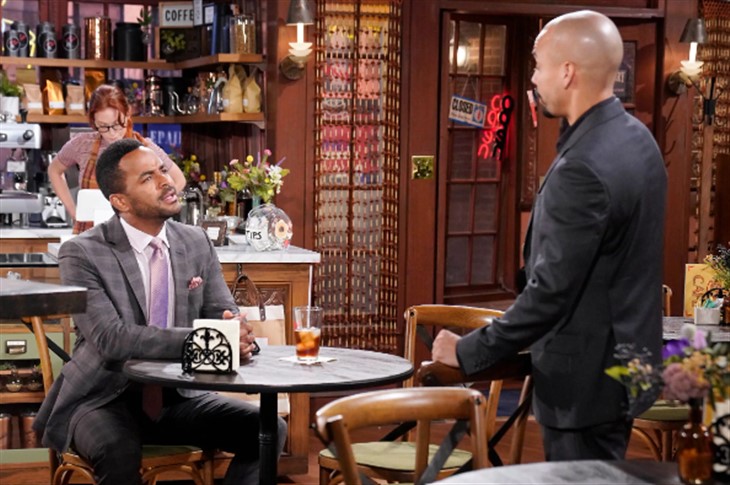 The Young and the Restless spoilers document that Nate Hastings (Sean Dominic) is involved in yet another issue of defiance. Nate refuses to recognize his cousin’s authority.

Lily Winters (Christel Khalil) gets along with Nate. She is his cousin too. But Lily does not have the recent, contentious history with Olivia Winters (Tonya Lee Williams) and the late Nathan Hastings’ (Adam Lararre-White) son like Devon Hamilton (Bryton James) does.

Nate’s beef with Devon is based on James’ character responding to Elena Dawson’s (Brytni Sarpy) betrayal. That issue, while part of the recent past, remains alive in Devon and Nate’s minds.

The Young And The Restless Spoilers – How Deeply Did Devon Hamilton Love Elena Dawson?

Devon was fully committed to Elena. However, he had not married her, and they did not have children.

Elena may have subconsciously resisted tying the legal knot with Devon, which he perceived. She allowed Nate to catch her eye and then used her free will to couple with him.

If Devon was Elena’s true soul mate, she would likely have never allowed the incident at New Hope to happen. But it did, she admitted the truth to Devon, and he physically attacked Nate.

Nate, like his mother, has a gift. Becoming a medical doctor took years of school, dedication, applied smarts, and persistence.

Devon destroyed Nate’s ability to perform surgery with the one punch he landed on Nate’s face at the Top of the Tower. That act of revenge left Nate unable to use one of his hands due to the fall he took. Life would be starkly different if Nate chose to leave his post as a surgeon and join the merged Chancellor-Winters.

Devon continues to harbor ill will against the cousin he is connected to through his adoptive mother, the late Drucilla Winters (played by the great Victoria Rowell). Nate’s repressed feelings appear to be applied through his current aggressive moves at Chancellor-Winters.

The music festival Nate pitched seemed like a good idea. Lily liked it but did not give a green light. Devon thought it had potential but said the company was not ready to pull off something of that scale.

Nate believes in being bold. Devon takes a more conservative approach based on his experience in business, and his personality type.

But the music festival idea is another proxy for the family battle Devon and Nate are waging. This power struggle can not have two winners and might produce losses for both cousins and those they are connected to on Y&R.