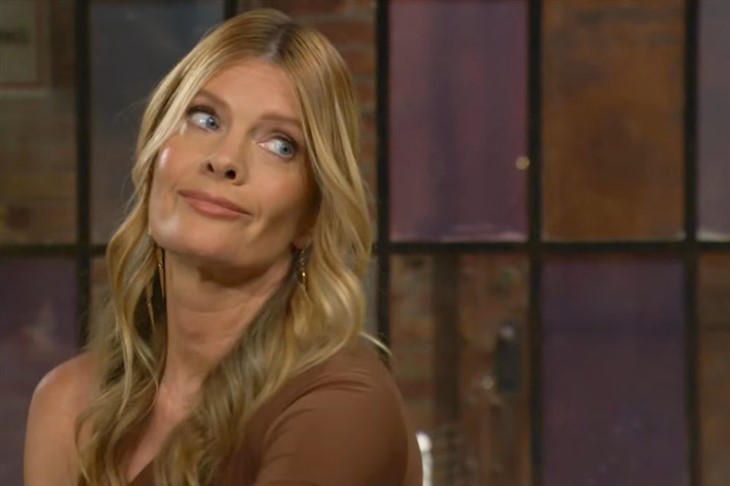 The Young and the Restless (Y&R) spoilers tease that Kyle Abbott (Michael Mealor) and Summer Newman-Abbott (Allison Lanier) are saying ‘I Do’ in front of friends and family in Genoa City, Wisconsin.

What could go wrong, right? Everything. Soap weddings are notorious barn burners and this one promises to bring all the fireworks since the mothers-in-law Diane Jenkins (Susan Walters) and Phyllis Summers’ (Michelle Stafford) are feuding. Let’s unpack the popcorn and find out what’s shaking Y&R fans!

The Young And The Restless Spoilers – Mothers-In-law Drama

Phyllis seemed to have the upper hand when she made an expose on Diane written by Talia Morgan (Natalie Morales) a big success. Not so fast, Diane now has the upper hand as the torrid series was canceled by a mystery person who Diane now owes big time.

This is another subplot in itself. Some fans are speculating that the hand behind the curtain is none other than Tucker McCall, with Trevor St. John in the recast role. If so expect a whale of a tale to take place with shockers all over town as Tucker was/is involved with Diane, Devon Hamilton (Bryton James), and Sharon Rosales (Sharon Case).

Will the Tucker revelation come at Skyle’s hometown wedding reception?

Y&R spoilers – Skyle Are Getting Married

If Trevor St. John is playing a Tucker McCall recast, him becoming a wedding crasher is a perfect debut. Nothing goes to plan at soapilicious weddings and while Summer and Kyle’s vow renewal could go off, there is always the wedding reception drama afterward.

Then there’s the fact that red hot Phyllis is bound to get caught out for her plan to rip Diane.

Having her exposed at the weddnig would be perfect timing for Diane to get her hooks further into Jack Abbott (Peter Bergman). Explosive show spoilers reveal that family-related issues for Summer and Kyle occur at the big event, so it makes sense that Phyllis and Diane are involved somehow.

How will Diane and Phyllis deal with tacky news coming to the forefront while they are supposed to be enjoying their kids’ wedding? Anything is possible, from cake throwing to claw baring. Tell us what you think happens Y&R fans!