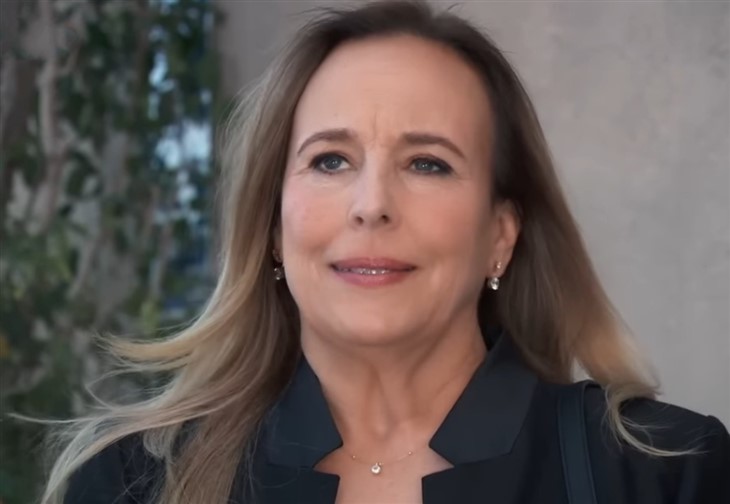 General Hospital spoilers reveal Genie Francis’ summer vacation coming to an end and Laura making her presence known in Port Charles once again. And boy will Mayor Collins have a lot to clean up.

The only reason Laura Collins had to leave town, to begin with was so she could be there for her mother, Lesley Webber (Denise Alexander), who just had her home burnt down. And the only reason for the fire was so that Laura would be distracted and leave town — leaving Victor Cassadine (Charles Shaughnessy) alone. After all, Laura was ready to have Victor deported, Victor ordered Valentin Cassadine (James Patrick Stuart) to kill Laura, and Valentin didn’t want to do that, so arson that didn’t really injure anyone was the next bed thing.

We guess Lesley’s problems are over because she and Kevin return to town just in the nick of time, so to speak.

GH Spoilers – Laura Collins: So, What Did I Miss?

There is a lot for Laura to catch up on and she will not be happy at all — and that’s pretty much an understatement. Nikolas Cassadine (Marcus Coloma) managed to ruin his marriage to Ava Jerome (Maura West) by sleeping with his son’s girlfriend, Esme Prince (Avery Kristen Pohl).

Laura did not trust Esme at all, couldn’t understand why Nikolas did trust her and will be incensed that he hurt poor Spencer Cassadine (Nicholas Alexander Chavez) like that. Nikolas is going to have to hide in a corner while his mother rips him a new one for being so colossally stupid.

Then there is Spencer, her grandson who is now spending three months in Pentonville because he decided to escape Spring Ridge to visit his mother’s grave. She is also sure that Victor is behind it and will be satisfied to know she is right. But Spencer broke the law and he has to live with the consequences.