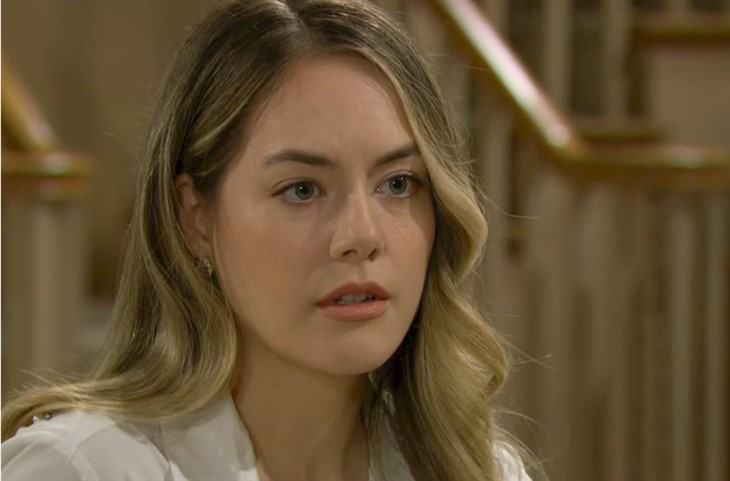 The Bold and the Beautiful spoilers document that Hope Spencer (Annika Noelle) was impressed with. She accepted Thomas Forrester’s (Matthew Atkinson) offer to see their son at the Forrester mansion.

The pop-in proved fruitful for Thomas, as Douglas Forrester (Django Ferri) was happy. Hope was impacted by the gratitude Thomas offered for giving him a chance and his seeming sincerity in wanting to restore his paternal prominence in their son’s life.

Referring to Douglas as someone they both care about is an honest approach and one that is most likely to help sway Hope away from a legal fight.

Brooke Logan Forrester (Katherine Kelly Lang) and Liam Spencer (Scott Clifton) are not opinionated oafs. Instead, their reaction to Thomas wanting Douglas to eventually live with him full-time at Eric Forrester’s (John McCook) mansion is logical.

There have been many instances where Thomas’ instability caused many people misery. And they do not even know about him tailgating Emma Barber (Nia Sioux) to her death on Mulholland Drive.

B&B Spoilers – Hope Spencer Wants Her Son To Be Happy

One can refer to Douglas as Hope’s son with no qualms or qualifications. She generously adopted him after she and the boy Thomas had with the late Caroline Spencer (Linsey Godfrey) died.

Hope has been raising Douglas at the cabin for what is now said to be several years. Devoted fans know that TPTB have expanded the time Douglas has been living with the Spencers due to the recent recast to Ferri.

Thomas’ realization that Douglas should be spending more time with him came after Ferri’s character demonstrated a repeated desire to do so. Hope recognizes Douglas’ maturity and is trying to balance that with her concerns about Thomas’ past behavior.

The Bold And The Beautiful Spoilers – Can Thomas Forrester Prevail Legally?

Whether Thomas would be able to secure leading custody status is unknowable. It would depend on the attorney’s skill, on both sides, if a legal battle ever ensues, and the subjective judgment of whatever authority would be called upon to issue a ruling.

Thomas would be wise to propose a gradual transition to splitting time between the cabin and the Forrester mansion. Douglas’ life with Hope, Liam, and Beth should not be traded outright for a room at his great-grandfather’s estate.