The Young And The Restless Spoilers: Nick And Sally See Adam’s Two Faces In Genoa City 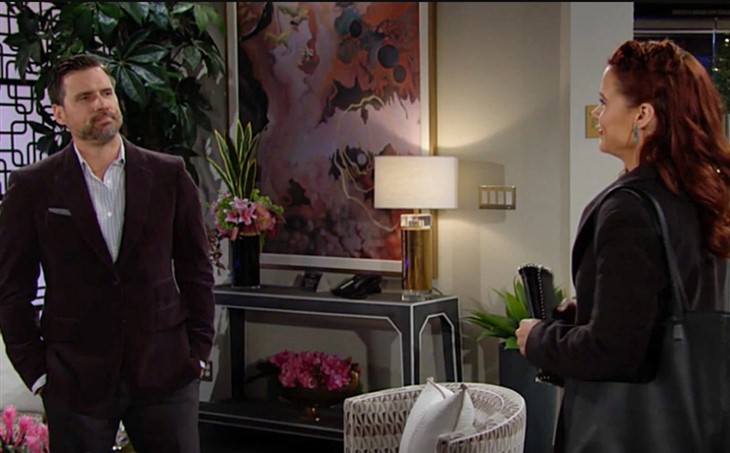 The Young and the Restless spoilers document that Nick Newman (Joshua Morrow) heard his brother make what appeared to be a personal slam. But it was no mind game, as Morrow’s character came to confirm.

Sally Spectra (Courtney Hope) was cold dumped by Adam weeks ago. She has been suffering but recently learned that he wants to start over.

Adam’s two faces are not fake. He can behave like his namesake, Victor Newman (Eric Braeden), while also donating a kidney or sacrificing his job for loved ones.

The Young And The Restless Spoilers: Diane’s Humiliated…And Saved

The Young And The Restless Spoilers – Giving Faith Newman A Kidney

That choice triggered an opening. Nick never believed that Adam was anything more than a bad seed, based on countless acts of cruelty and outright nuttiness through the years.

But Faith Newman’s (Reylynn Caster) need for a kidney led to the most unexpected outcome. Adam became the donor, and that act proved monumental in the apparent redemptive path Grossman’s character chose.

A recent scene with Faith, Nick, Adam, and Sharon Rosales (Sharon Case) at Crimson Lights, where Caster’s character jokingly told her uncle that his kidney would be going to college with her, reminded Nick that his brother is not all bad.

Y&R Spoilers – Falling On His Sword For Love

Adam decided that he was going to seek revenge against Victor because he removed him as the head of Newman Enterprises. Adam’s thin vengeful ground sunk through further reflection. But he already ended his relationship with Sally.

The plan was to cut Sally loose so that Victor and Victoria Newman (Amelia Heinle) would give Hope’s character a fair chance to succeed as the head of Newman Media. But Adam has since reversed course, seeking not to expose his father’s role in the cover-up of Ashland Locke’s (Robert Newman) death.

Sally’s unplanned meeting with Adam in Genoa City, Wisconsin’s most popular outdoor meeting place, Chancellor Park, was telling. Adam was direct in saying that he wanted to pursue some form of reconciliation. Sally did not say no but deferred and left.

Adam appeared to be playing mind games with Nick when initially telling him that killing a man would haunt him forever. But Adam has since discussed what he endured since childhood and made what can only be considered a heartfelt suggestion. Nick should ask Sharon to refer him to a therapist.

As for Sally, Adam did what she asked. He finally admitted to being in love with her and leaving the Chief Executive Officer’s job so she could have it.

Sally does have to calculate whether she wants to reconcile. But she must also consider whether Victor and Victoria would target her for removal if she and Adam become a couple again on Y&R.