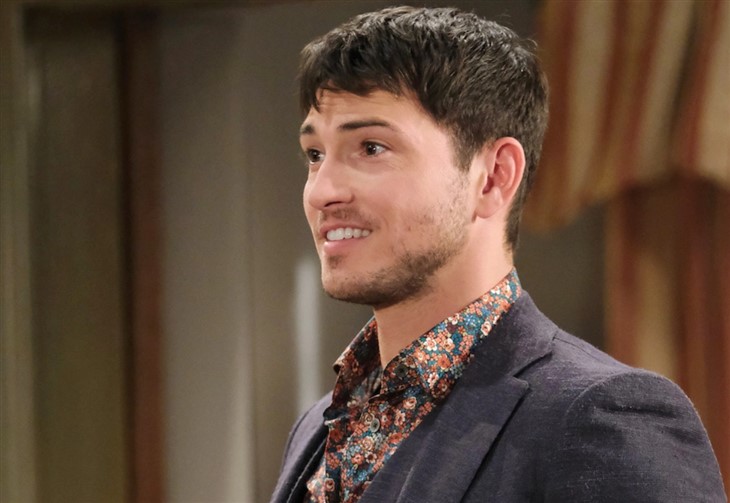 Days of Our Lives spoilers and updates tease that Alex Kiriakis (Robert Scott Wilson) will provide Stephanie Johnson (Abigail Klein) with some temptation on the job. But it will all be part of Victor Kiriakis’ (John Aniston) plan to get Stephanie and Alex working together.

Days Of Our Lives Spoilers – A New Project

With Sonny Kiriakis (Zach Tinker) laid up recovering from his serious stab wound, Victor will take over running Titan. They’ll be a little short-handed no doubt and Victor has a new project that he will need some cooperation on. Whether Victor intends to try to push these two together through making them work closely together is a question but that’s what happens.

Stephanie initially told Sonny she couldn’t work for Titan because of Alex’s continual pursuit of her. But with the complicated circumstances, Victor needs Stephanie and Alex to work together.

Days Of Our Lives Spoilers: A Father-Son Ava Triangle?

There’s no doubt that Stephanie has been burned, and by someone who was a player, a whole lot like Alex has been. She said that she had been in a relationship where she fell hard but then the guy just disappeared so it’s understandable why she’d be once burned, twice shy. Alex has really been coming on strong, and she’s just not ready to take down the protective walls to her heart; it would probably be better if he’d slow down. Stephanie might be more responsive if he wasn’t pushing for a romance so hard and let things build slowly so she could see him in a different light. However, he’s not a patient man and Stephanie’s getting scared away by all this destiny and soulmate talk of his.

Days Of Our Lives Spoilers – Some Progress, But Then A Push

It looks like as Stephanie and Alex are forced to work closely, he might make a little progress with her on his own, but then there will be a push. It may be Victor himself who decides to give the two a push in the right direction, towards each other, although Titan apparently usually frowns on fraternization. Alex will toe the line with Victor’s edicts, although this may be how Victor sees how into the pretty girl that he is, and that might give him an idea.

Victor may see that pushing the two together romantically might get the job he wants done accomplished even quicker. After all, intense attraction can be a very distracting thing, and if that romance gets started, the two can focus on their work better.