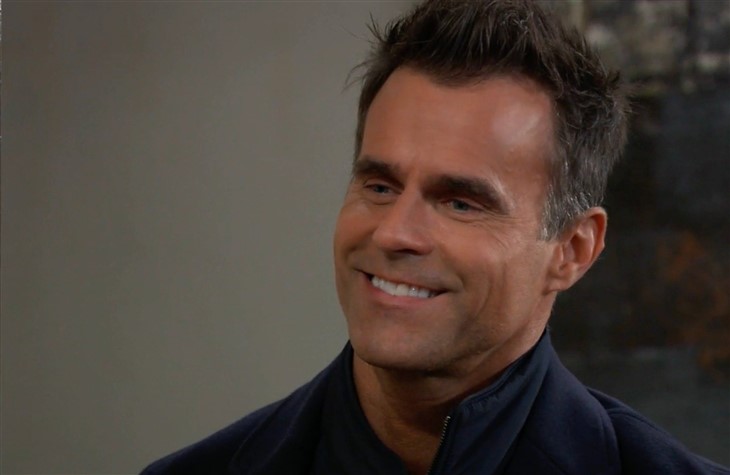 General Hospital (GH) spoilers and updates tease Drew Cain (Cameron Mathison) needs to get his affairs in order. Drew has been having difficulty finding a way to get his family company ELQ back from Valentin Cassadine (James Patrick Stuart). Drew has decided that he needs focus on his personal life and not his professional life. Drew needs to find out where he stands with Sam McCall (Kelly Monaco) and Marshall Ashford (Robert Gossett).

Drew had offered Marshall a job at his company Aurora Media. Drew informed Marshall that he would need to do an extensive background check before he would hire him. Marshall did not want Drew to look into his past and did not take the job offer. Marshall decided that he would tell Curtis the truth about his past. Drew knows that Curtis has been able to get close to Marshall again. Drew wants to get Marshall’s forgiveness for trying to deceive him.

Drew has been concerned about Sam. Drew and Sam were in a committed relationship in the past. Drew and Sam share a daughter Scout Cain (Ella Ramacieri). Drew knows that Sam has been dating Dante Falconeri (Dominic Zamprogna). Drew wants Sam to know that he supports her relationship with Dante. Sam will need to tell Drew that Dante is going to move in with her. Sam may be worried that Drew would not approve of Dante moving in because of Scout.

Sam is aware that Carly has been trying to move on from her ex-husband Sonny Corinthos (Maurice Benard). Sam knows that Drew has been working to take back his life after Victor Cassadine (Charles Shaughnessy) and Peter August (Wes Ramsey) kept him hostage for years. Sam may believe that Drew should pursue a relationship with Carly. Drew may decide to get into a relationship with Carly after talking to Sam.

General Hospital Drew hopes that he will be able to get to know Marshall. Drew and Marshall may find common ground over their connection to Curtis. Will Drew be able to forge a friendship with Marshall? Drew will want to continue to support Sam in the future. Drew hopes that Sam and Dante will be able to have a long-term relationship. Drew may be encouraged by Sam to take a chance on his feelings for Carly. Will Drew get the help he needs to get into a relationship with Carly from Sam? Be sure to catch up on everything happening with GH right now. Come back here often for General Hospital spoilers, news, and updates.