Did Mishael Morgan Leave The Young And The Restless? 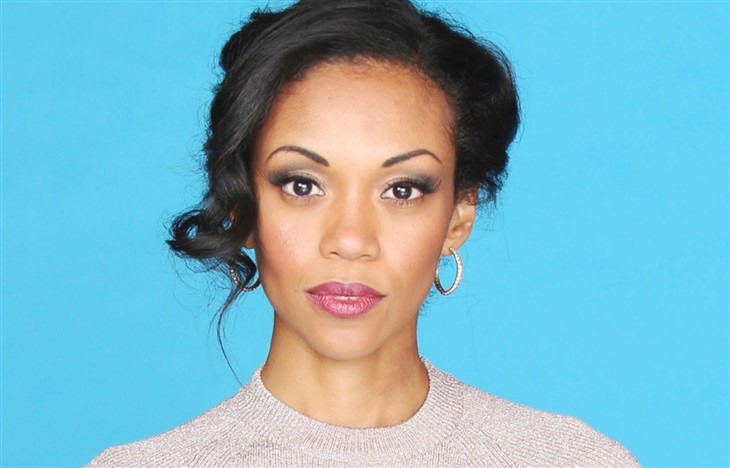 The Young and the Restless spoilers and updates tease that fans are wondering whether Mishael Morgan has left the sudser. Fortunately, the actress was quick to address fans’ concerns.

Viewers of the daytime drama have noticed less airtime for the actress. They’ve come to worry that she may have left the show silently, especially after noticing that her name was removed from the show’s closing credits.

Because of this, some of her followers directly asked on Twitter about her status. The actress quickly replied, “Don’t worry, I’ll be back on screen very soon.”

It seems like fans have no reason to worry after all. Morgan is still with The Young and the Restless, at least for now.

The Young And The Restless Spoilers – Continued Drama

Morgan may be nowhere in sight, but the drama continues on The Young and the Restless.

Chelsea Lawson (Melissa Claire Egan) and Billy Abbott (Jason Thompson) talk about the struggles in their lives. The latter may offer her some sound advice on how to deal with judgemental people and how to move on.

Meanwhile, Chelsea gets to spend some quality time with Johnny Abbott (Paxton Mishkind) and Connor Newman (Judah Mackey). Please note that Paxton Mishkind will make his first appearance on the sudser as Johnny this coming Thursday.

For now, Chelsea can only imagine telling Johnny that she’s her biological mother and Connor is his half-brother. Billy may assure Chelsea that it will happen someday.

The Newmans Get Shocking News

Meanwhile, the Newmans will come together for a major announcement, which may involve Nikki Newman (Melody Thomas Scott). Is she leaving Newman Enterprises? Spoilers hint that Nikki will drop some shocking revelations that will make waves within the Newman clan.

Meanwhile, Sean Kanan is set to reprise the role of Deacon Sharpe as the sudser prepares its crossover with The Bold and the Beautiful. Nikki Newman may use Deacon as her secret weapon over the current Diane drama. What kind of trouble will he bring upon his return?