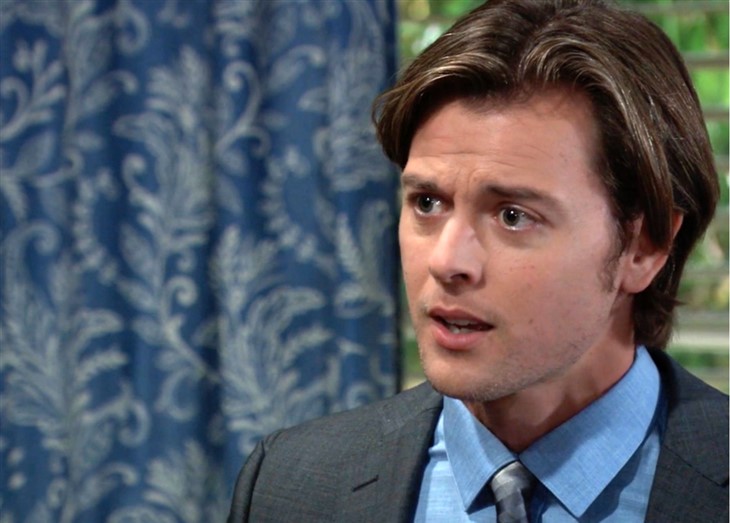 General Hospital (GH) spoilers and updates tease Dex Heller (Evan Hofer) is in the line of fire. Dex has been working for Sonny Corinthos (Maurice Benard). Dex has been conspiring with Sonny’s son Michael Corinthos (Chad Duell played temporarily by Robert Adamson). Michael wants to get back at Sonny for being in a relationship with Nina Reeves (Cynthia Watros). Michael has wanted Dex to spy on Sonny. Dex is trying to keep Sonny and others from finding about his partnership with Michael. Dex and Michael’s alliance may be discovered by Sonny’s son Dante Falconeri (Dominic Zamprogna).

Dante has been concerned about Dex working for Sonny. Dante is worried that Dex will betray Sonny. Dante knows that Sonny has had his own concerns about Dex. Dante is investigating the attack on Ava Jerome-Cassadine (Maura West) at the Quartermaine charity picnic. Dante knows that Dex and Josslyn Jacks (Eden McCoy) helped to save Ava’s life. Dante may be able to use the investigation into the attempt on Ava’s life to look into Dex’s past. Dante may find out that Dex has a connection to Michael.

Dex was shocked when Sonny was able to find out about his military past and his family history. Dex had been discharged from the army because he hit a superior officer. Dex knew that the superior officer had been abusing his family. Dex had been abused by his brothers. Sonny could understand Dex’s position because he had abuse in his background. Michael will need to tell Dex that he is working for him and not Sonny. Michael may find out that Dex has been spending time with Joss. Michael may want Dex to stay away from Joss because she is little sister.

General Hospital Dex has started to question his decision to work for Michael. Dex knows that Dante could decide to investigate his background because he is trying to find out who attacked Ava. Can Dex keep Dante from finding out that he is working with Michael? Dex may decide that he wants to find a way to get Michael to forgive Sonny.