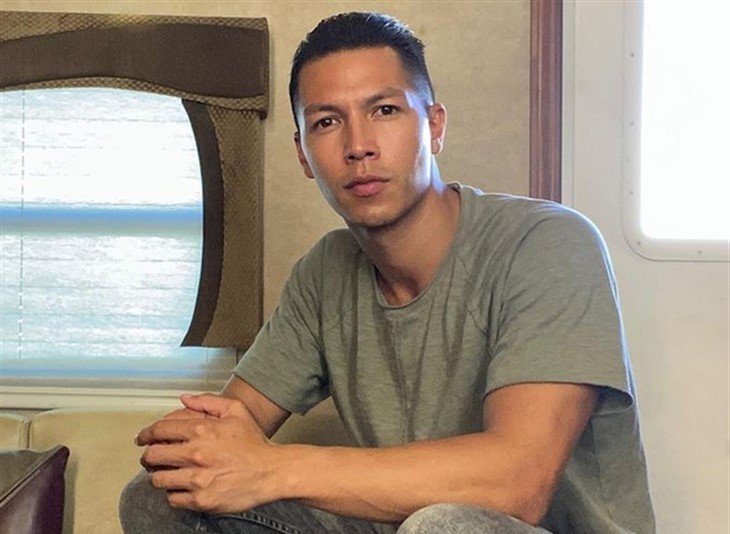 General Hospital spoilers and updates tease that Michael Blake Ruse has some great news to share. The actor, who plays the role of Officer Rory Cabrera, took to Instagram to announce that he and his wife, Cara Kruse, are expecting their second child.

The couple posted two snaps with the caption, “Baby Kruse arriving March 2023.” The first picture showed Harlow, their one-year-old daughter, and a sonogram picture of the baby.

Next week, Portia Robinson (Brook Kerr) will visit Ava Jerome Cassadine (Maura West) to make sure that the latter is recovering. The pair will talk about Trina Robinson’s (Tabyana Ali) future, but Portia has some concerns about Ava’s latest ordeal.

Ava has no clue who stabbed her, but she’s making Nikolas Cassadine (Marcus Coloma) look like he was the culprit by keeping secrets about him.

As for Sasha Gilmore (Sofia Mattsson), she’s set to make a big decision, which may have something to do with Brando Corbin (Johnny Wactor) becoming her guardian. But fate has a way of messing with the plans of most characters in the sudser, so Sasha may find herself facing another huge problem. Spoilers hint that someone will be in danger, and this person could very well be Brando.

Brando may become the next stabbing victim, and Dax could be under suspicion as the culprit behind the incidents.

As for Michael Corinthos (Chad Duell), he’ll come up with a scheme against Sonny Corinthos (Maurice Benard). But things may not go according to his plan, and it could lead to dire consequences.

Meanwhile, Jordan Ashford (Tanisha Harper) and Dante Falconeri (Dominic Zamprogna) will work together to conduct an investigation, but Sonny will also have his own crew check on what really happened.

Elsewhere, Willow will snap as she struggles to deal with the problems she’s facing. Fans know that Willow was recently diagnosed with leukemia. She’ll also have difficulties dealing with all the drama between Sasha and Brando.

She may finally let loose a massive outburst as she feels that life has been very unfair. As she lets her anger lose, Michael will continue to notice changes in her behavior. Will he finally learn about her secret?