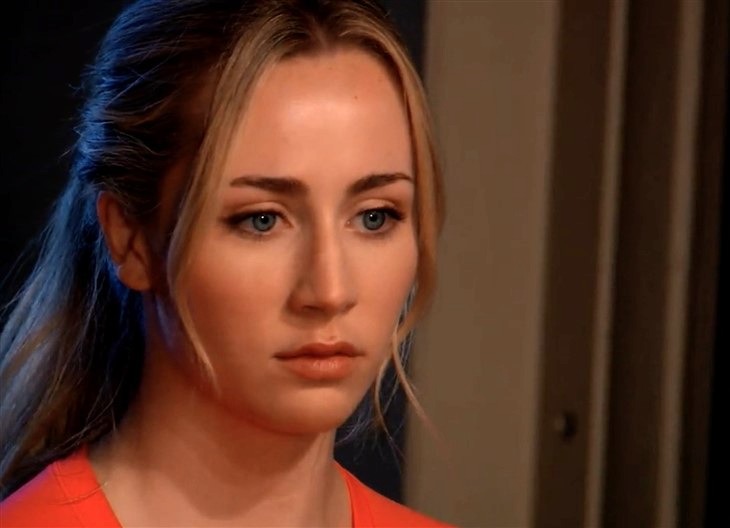 General Hospital (GH) spoilers and updates tease Josslyn Jacks (Eden McCoy) has had many issues to be concerned about. Joss has been trying to help her mother Carly Corinthos (Laura Wright) with moving on from her ex-husband Sonny Corinthos (Maurice Benard). Joss has been worried about her friend Trina Robinson (Tabyana Ali). Trina had been framed for a crime that she did not commit by Esme Prince (Avery Kristen Pohl). Trina has been able to get out of the legal troubles. Joss believes that Trina can help her to deal with her problems.

Joss is concerned about her younger sister Avery Jerome-Corinthos (Ava and Grace Scarola). Joss has wanted to help Avery because her mother Ava Jerome-Cassadine (Maura West) has been hurt. Ava was stabbed at the Quartermaine charity picnic. Joss had been the one to find Ava. Joss knew that she needed to get Ava help because Ava had been seriously injured. Joss was able to get help from Dex Heller (Evan Hofer) to help Ava. Joss and Dex were able to get Ava to General Hospital.

Ava was able to get the medical attention that she needed. Avery visited Ava in the hospital. Avery lost the bracelet that Ava had given her at the hospital. Joss found out that the bracelet had been taken to the trash. Joss got help from Dex to get Avery’s bracelet back. Joss may tell Trina that she is worried about Avery and Ava. Trina is close friends with Ava. Trina was grateful that Joss was able to save Ava’s life. Trina will want to help Joss with Ava and Avery.

Joss has been surprised that she is has beginning to respect Dex. Joss had not been happy that Dex is working with Sonny. Joss was surprised when Dex wanted to help her to get Avery’s bracelet back. Joss may tell Trina that she is has started to feel attracted to Dex. Trina will need to help Joss to figure out her feelings for Cameron and Dex.

Joss will want Trina to help her to make the right choice between Cameron and Dex. Will Trina be able to help Joss to decide if she wants to give her heart to Cameron or Dex? Be sure to catch up on everything happening with GH right now. Come back here often for General Hospital spoilers, news, and updates.