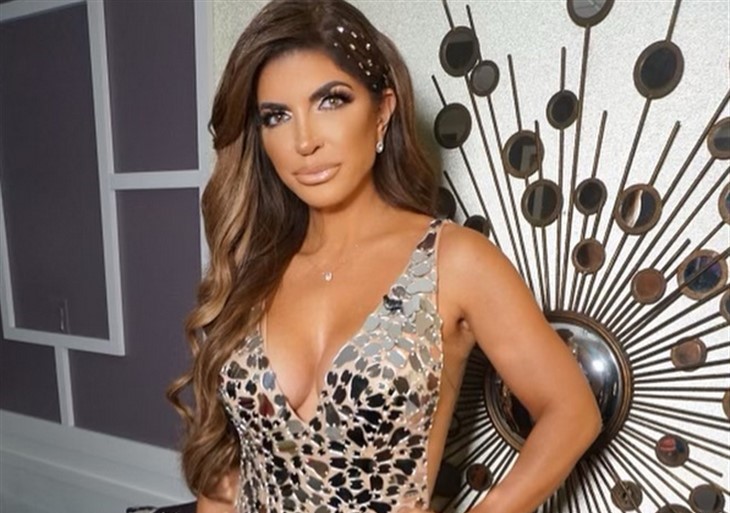 Dancing With The Stars fans have heard some speculation, some rumors, and some really good guesses about who will compete in Season 31. Now that the full list has been released, fans of RHONJ (Real Housewives of New Jersey), had their say about Teresa Giudice making the cut.

Rumors did arrive about a Real Housewives cast member on season 31, but not about Teresa Giudice. In fact, folks were pretty certain that Real Housewives of Beverly Hills star, Sutton Stracke was in the Disney+ edition. Whilst the rumor got some mixed reviews, it seemed that many DWTS fans would have liked to see her on the dance floor.

Other Dancing With The Stars rumors revealed that TikTok star, Charli D’Amelio would appear. So too, would Joseph Baena, the son of Arnold Schwarzenegger. Well, they have been confirmed, but Stracke didn’t land the spot. Actually, it seems that Teresa Giudice managed to slip through the spoilers, possibly because everyone focused on her wedding to Luis Ruelas.

ET Online reported that the cast became known via The View this week. So, it’s now confirmed that Teresa Giudice from RHONJ will dance with Pasha Pashkov. Actually, she’s not known as a former dancer, and her pro-partner hasn’t been with the show all that long. When Bravo Housewives on Instagram shared the news, folks came with mixed reactions to Teresa.

Bravo Housewives said in their Instagram post that “Teresa Giudice of “The Real Housewives of New Jersey” and Vinny Guadagnino of “Jersey Shore” fame are among the celebrities who will take the stage in season 31…” If you don’t know, it premieres on Disney+ on September 19.  Well, not everyone is screaming with joy as Teresa seems so very controversial.

Dancing With The Stars – Mixed Reactions From  Bravo Fans

Some Bravo fans loved that Teresa Giudice will star in Dancing With The Stars. So, they posted up fire emojis and little clapping hands. A loyal fan commented, “Oh this is going to be good!!! Go Jersey!!!!”

However, a lot of folks just hated the idea. One of them opined, “They’re really getting desperate another reason not to watch this season.” Actually, others echoed that sentiment.

If you don’t know, a lot of people hate that they need yet another subscription to watch. Meanwhile, others are angry because Tyra Banks returns as the main host.

As for Teresa, a follower opined, “Anyone who watches the ultimate girls trip dance [on] tik tok knows she’ll be first eliminated 😂.”

Be sure to catch up on everything happening with DWTS right now. Come back here often for more real Housewives of New Jersey and Dancing with the Stars spoilers, news, and updates.