The Young And The Restless Spoilers: Nick Pulls An Adam – Sally Romance Shocks 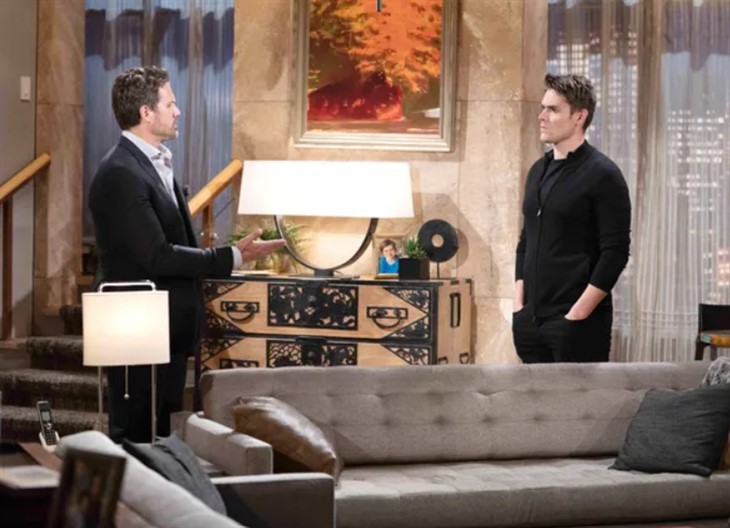 The Young and the Restless spoilers document that Nick Newman (Joshua Morrow) and Adam Newman (Mark Grossman) have often battled about family. They inherited that personal quirk from their father. Nick and Adam’s rivalries with women they care about are also legendary.

The late Sage Newman (Kelly Sullivan) loved Nick more, but impulsed into a cavort with Adam. They became Christian Newman’s (Alex Wilson) parents as a result.

Now, Sally Spectra (Courtney Hope), who has only loved Adam to date, is teased to become involved with Nick.

The Young And The Restless Spoilers – Adam Newman Seeking Reconciliation

Adam dropped Sally like she was an unwanted friend. He behaved like she no longer fit into his social circle.

His behavior might have been logical yet still cruel, if they had grown apart over time. But Adam gave into Sally after initially telling her that a relationship was not a good idea.

To slough her off in such a mind-breaking manner was wrong. Now, after admitting he did so for reasons that she was in no way responsible for, Adam has begun to seek forgiveness and implied reconciliation.

Y&R Spoilers – Nick Newman On His Own

Nick has turned his non-romantic life back to the family business in recent months. He relied heavily on his arguable greatest love, Sharon, for specific advice in that regard.

Sharon helped Nick decided that he could go back to work at Newman Enterprises, where he had not worked regularly in years, and be helpful. Serving as his counselor and confidant, Sharon told Nick his maturity would serve as stabilizer.

Separate from business, Nick’s personal life has been uneven. He broke from Phyllis Summers (Michelle Stafford) in a manner that was comparable to how Adam dropped Sally.

The Young And The Restless Spoilers – An Unnatural Fit Works?

Sally and Nick do not project as a natural fit. They have no apparent deep attraction to each other and are not at the same spaces in their lives.

Nick is known as a strong family man, always thinking of his children and supporting their lives. Sally has not projected a desire to have children and seems disinclined to blend well into Nick’s family, assuming that is an eventual possibility.

Other than physical attraction, what do Sally and Nick have in common? Various people in their lives will likely protest if the connection becomes public knowledge. It is too soon to know if their teased link will be more than just late summer into fall heat on Y&R, but it is intriguing.