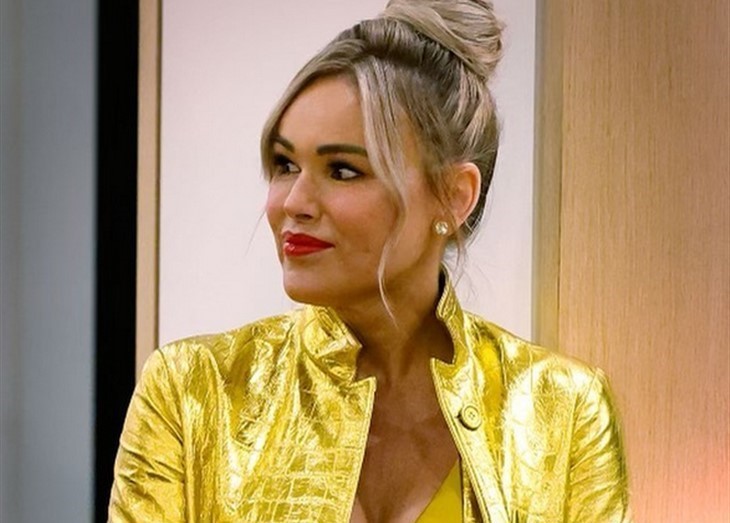 Real Housewives of Beverly Hills (RHOBH) star Diana Jenkins will not be filming for the Season 12 Reunion with the rest of the cast. Apparently, she tested positive for covid but critics think it’s way too convenient for the season’s controversial Bravo newcomer. So, reactions seemed very skeptical.

Bravo Fans first heard back in December last year, that Diana Jenkins would appear in Season 12. Nobody expected that the philanthropist mom of three would be so controversial in her first season as a full-time newby.

For a start, she upset people with a racially sensitive remark that she made to Instagrammer,  Kristen Dionne. But the real drama came when BotGate started after someone paid for bots to troll Garcelle Beauvais’ son Jax.

RHOBH fans accused Diana of hiring the bots and in the wake of that, she sued Sharrell’s World for sharing “fake” information about her. Since then, she also plans on suing the faceless, nameless person who hired the bots. Clearly, she’s determined to clear her name.

Recently, the Bravo star visited Hawaii and now the word comes that she contracted covid and can’t make it to the Reunion. Quite frankly, critics don’t believe it. Many of them think she just doesn’t wasn’t to face the music.

People Magazine reported that Diana will attend the Reunion remotely, and it didn’t get a good reception when the story made its way to social media.

The outlet reported that a source said, “Unfortunately, she came back from Hawaii about a week ago and days later tested positive for COVID. She’s still testing positive as of this morning, and won’t be able to make it.”

When the news reached RHOBH fans via Facerealitea16, Bravo fans didn’t believe that she really wanted to hash out her differences with the rest of the cast. Also, they don’t think that she returned last week.

That came because she posted recently, about going to an aquarium in Hawaii. So, Real Housewives of Beverly Hills fans bashed her.

RHOBH fans let Diana Jenkins have it in the Instagram comments. One of them wrote, “she was at an aquarium in Hawaii YESTERDAY with “Covid” come on now!! She doesn’t have Covid and if she did she’s the most awful irresponsible person ever!!”

Of course, she could have posted about that after she returned home. But, critics are angry. Another one penned, “If you don’t show up to the reunion, you’re a coward. You don’t deserve to be on the show.”

Another person argued, “she knew when the reunion was and went to Hawaii. she didn’t have any plans on being there.”