The Young And The Restless Spoilers: Sally Stands Between Brothers – Adam Provoked By Nick’s Choice 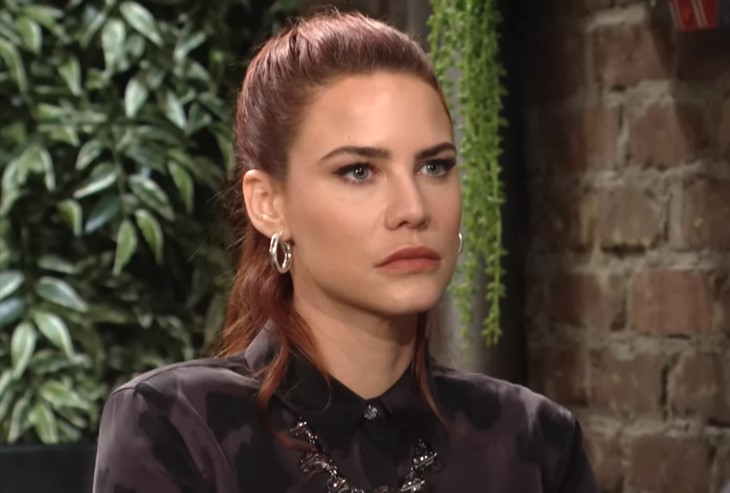 The Young and the Restless spoilers document that Sally Spectra (Courtney Hope) has increasingly been in contact with Nick Newman (Joshua Morrow). Their contact was enabled by business, with Sally initially being Adam Newman’s (Mark Grossman) personal hire at Newman Media.

But now Sally and Nick are re-branding their link. Instead of Sally working under Nick, who is Victoria Newman’s (Amelia Heinle) Chief Operating Officer, she will become an object of his affection. Intriguingly, Nick is positioned to become Sally’s first mature love match.

Partner is a term with a lead meaning of business. Some in Genoa City, Wisconsin, who think of their romantic connections as transactional may also refer to personal connections in business terms. These soapy personalities have convinced themselves doing so projects greater respect for their formerly labeled significant others.

The script changes based on pressured bows to whatever is perceived to be trending in certain GC circles. Keeping up with the Newmans, Abbotts, or whoever claims to see the daytime light.

Adam brought Sally on board at Newman Media because he was personally attracted to her. Many in the soapy world have often done the same because this is daytime.

Sally was initially enthralled with Jack Abbott (Peter Bergman). She found him to be physically attractive and his social standing to be equally appealing. Jack was someone who could help Sally become entrenched in GC society.

But Jack tired of Sally’s erratic behavior. She proved too immature for him. Ironically, Sally learned from that experience and became the more mature half of the relationship she later formed with Adam.

Adam eventually decided to end his shaky relationship with Sally. Their connection was not uneven because of Sally but because of him.

Hardcore fans know that Adam has issues. He is often far too inside his own head, mirroring his narcissistic father’s personality and track record in treating the women he claims to care for badly.

Sally was disappointed when Jack chose to end their growing friendship. She was hurt deeply when Adam unexpectedly told her they were done and then falsely claimed she was holding him back. That lie revealed that Adam is not and may never be a love match for Sally.

The Young And The Restless Spoilers – Sally Spectra Realizes Love?

Nick is no pillar of morality, and he has his own checkered history with the women who have loved him. However, he is older and wiser than Adam. Nick is also the arguably far more responsible parent.

Nick is not targeting Sally as a way to provoke Adam. That tactic would be taken by his younger brother or their father. Instead, Nick has come to respect Sally and finds her impressive.

Sally is not targeting Nick as a way to get back at Adam, as Grossman’s character will likely believe. Instead, she is attracted to Nick, and sparks fly.

This potential pairing has an opportunity to develop their glide into romance. They might fall in love, with both people representing the right choice at this moment in both of their lives. And yes, dramatic reactions from those around them would also be good soap.