The Young And The Restless Spoilers: Phyllis Provoking Downfall – Diane Stands To Benefit 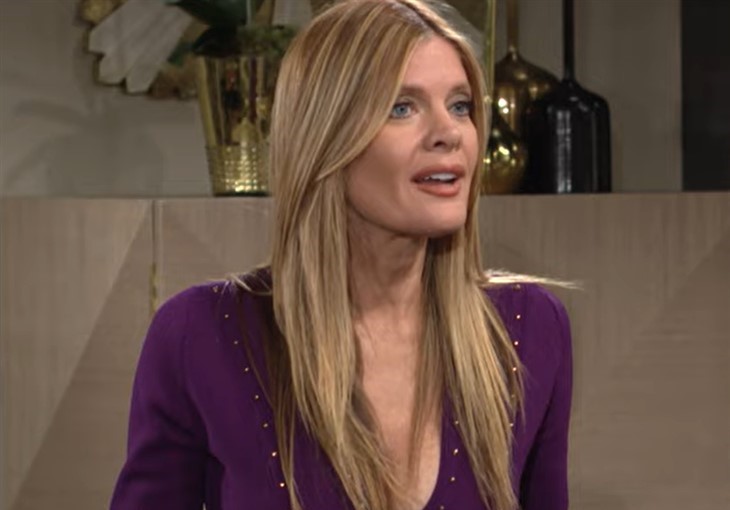 The Young and the Restless spoilers document that Phyllis Summers (Michelle Stafford) continues to lie to the people she loves. Viewers have seen her completely deny wanting to chop Diane Jenkins (Susan Walters). Those repeated falsehoods project to Phyllis’, not Diane’s, doom.

Summer Newman Abbott (Allison Lanier) has given her mother repeated opportunities to either come clean or stop when she suspects Phyllis is intending or doing. Viewers know Phyllis went beyond intent in recent weeks, conspiring with Nikki Newman (Melody Thomas Scott) and Ashley Abbott (Eileen Davidson) to hatch a plot to get Diane.

Talia Morgan (Natalie Morales) spoke with Diane at Society. That was said to be the spark for the so-called investigative piece the Los Angeles, California-based media personality began.

Diane was the main subject of Talia’s story. Morales’ character noted in the first article that she intended to follow up with more features in what would be a series.

But Talia’s hit piece was upended. Diane received a text from an unknown sender that claimed responsibility, with Walters’ character owing that person a debt.

Nikki is teased to welcome one of her ex-husbands to Genoa City, Wisconsin. She will connect with Deacon Sharpe (Sean Kanan), who will cross back from The Bold and the Beautiful later this month.

Deacon was romantically linked to Diane (as played by Maura West at that point in the plot) when he helped fake her death. Kanan’s character is said to have obtained a corpse that enabled Diane to pretend to have been murdered by Nikki.

Thomas Scott’s character is also teased to cross over to B&B as part of her ongoing efforts to secure hopefully damaging information against Diane.

The Young And The Restless Spoilers – Phyllis Summers Is All-In

Phyllis feels she can not turn back now. She intends to do whatever is necessary, believing that Diane is a menace to her loved ones and GC society.

Unless some plot-altering information is provided by Deacon, uncovered by Nikki, Ashley, or whoever, Phyllis stands to lose. She is trending toward being eventually revealed as the problem, with Jack Abbott (Peter Bergman) already feeling sympathy for Diane.