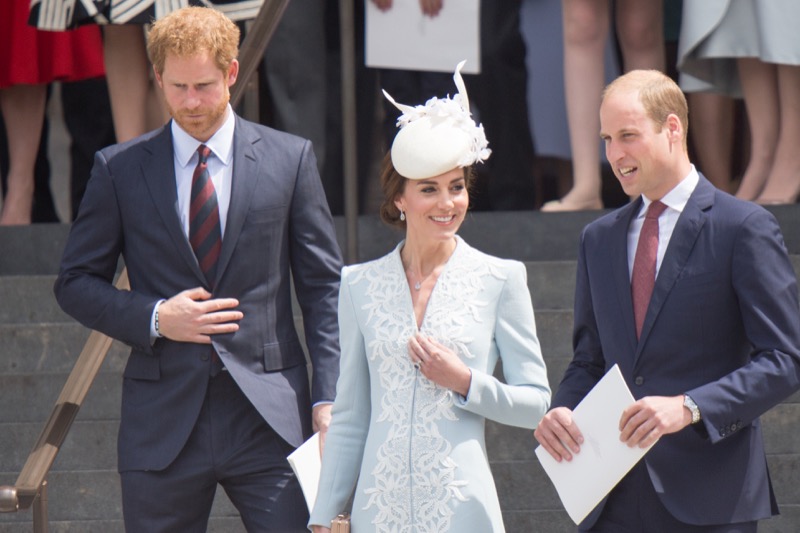 Prince William allegedly feuds with his brother Harry and Kate Middleton feuds with Meghan Markle. Mind you, nothing was ever said officially by the new Prince of Wales or his wife, Kate. However, it must rankle a bit given the things that Meghan said to Oprah Winfrey in the infamous interview. But with the death of their grandma, Queen Elizabeth is all forgiven? Are they besties again?

Prince William – Was Favored By Queen Elizabeth But Not Harry

Back when Harry and Meghan decided to move to the USA, they both claimed that it was a hard decision. Mind you, as new wanna-be celebs on the block, it might have been harder on their wallets than they expected. After all, reports emerged that they wanted to keep one foot in both worlds. In other words, live their life as celebs in the USA but retain some royal roles. Well, the Queen reportedly said no to that.

25 Years Of Elizabeth On General Hospital: Rebecca Herbst Gives The Scoop On ‘Friz’

After Harry left, the media looked for every little sign that Prince William was on the outs with his brother. Even the body language of Priyanka Chopra was examined to see if she snubbed him at Wimbledon. Bear in mind, that she and Meghan were friends. Plenty of unnamed sources rushed to disclose how the royals were worried that Meghan might produce a dark baby. But, only Meghan and no-namers ever spoke about that. Did Harry’s brother? Nobody really knows.

Prince William & Harry – Reunited After The Death Of The Queen

InTouch Weekly reported that some folks seemed surprised to see Harry and Meghan alongside his brother and The Princess of Wales. It came when they all went to look at the flowers paying tribute to the passing of their grandmother. No doubt, some expert will come along and suggest they looked awkward together. But to the ordinary folk, they seemed more relaxed with each other than the old picture that InTouch used for their Instagram post.

Prince William and Harry both crouched down to read some of the tributes and people seemed happy to see the two brothers together. And, that might be the end of the story. But it isn’t, and it seems it never will be as long as there are unnamed sources to pour fuel on the alleged feud.

Meghan Markle Reveals She Kept A Journal During Her Few Months As A Working Senior Royal https://t.co/lWh6nGyJdb #MeghanMarkle #MeghanMarkleNews pic.twitter.com/iyP4WBRK0l

Not Besties Behind Closed Doors?

Prince William said in his speech earlier, that “My grandmother famously said that grief was the price we pay for love.” In that case, did both Harry and his brother grieve the lost love they once had? Did it take their grandmother’s death for them to make up? Not so, according to an unnamed source of InTouch. Allegedly, “further “strife” boiled between Harry and his family after they announced the queen’s death before he arrived at Balmoral Castle.”

Further, the source claims that “behind closed doors, there remains underlying tension.” Of course, if there was no downside to the story and everyone ended up  living happily ever after, reporters might feel sad. After all, Meghan and Harry have been a golden mulch cow for the media.