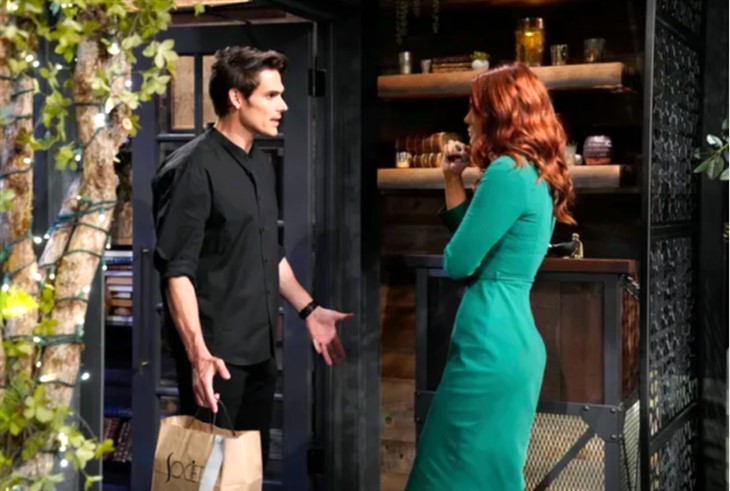 The Young and the Restless spoilers document that Sally Spectra (Courtney Hope) is teased to become romantically involved with Nick Newman (Joshua Morrow). That shock and awe moment slaps back an assumed reconciliation with Adam Newman (Mark Grossman).

Sally and Adam were not committed to each other in any meaningful way. While they began telling people of their shared interest, no engagement ring and no wedding date were looming in the future.

The trajectory of Sally’s personal life seemed to align with Adam’s. So, the link or misdirecting to Nick raises some questions. One of them is which brother is better for her.

The Young And The Restless Spoilers: Phyllis Provoking Downfall – Diane Stands To Benefit

The Young And The Restless Spoilers – Another Option Is Neither Newman

A snarky response, like one Sally might eventually realize and give, is that neither Adam nor Nick is better for her. Of course, it is or will be fair to reply that she might not be ideal for each man.

Adam appears to be the more volatile romantic option. He has already demonstrated or, as hardcore fans know, reaffirmed the flaw in his personality. His cruel drop of Sally, including telling her that she was holding him back, was wrong.

While Adam has since acknowledged that he ended their relationship or whatever one wants to term whatever they had to protect Sally’s position at Newman Media, he did not have to make that unilateral choice. It was very Victor Newman (Eric Braeden) to do so.

Adam does not like being alone. He has often had a woman to lean on, driving them up the daytime wall with his me-first antics until an inevitable break.

Sally heard Adam offer her an unbelievable compliment. He said that she was the most unique person he had ever met. Sharon Rosales (Sharon Case) and Chelsea Lawson (Melissa Claire Egan) also believed they were the apple of his soapy eye.

It appears as though Adam can not function for long on his own. He needs someone to listen to his incessant rant, defend his actions, and regularly prop him up after incidents of self-sabotage.

The Young And The Restless Spoilers – Nick Newman Loving For Awhile

Nick has been involved with many ladies including some that have also been involved with Adam, like Sharon, Chelsea, and Sage Newman (Kelly Sullivan). His general pattern has been to come on soft, get mad about something, betray his love interest, or find something wrong with her and then leave.

Sally is an intriguing new interest for Nick. She checks the boxes of being dynamic and one of Adam’s connections.

Whether Sally will want Nick more than Adam is one of the main tests of what might become an unexpected romantic bond on Y&R.