The Bold And The Beautiful Spoilers: Ridge Nearing Decision Or One Made For Him? 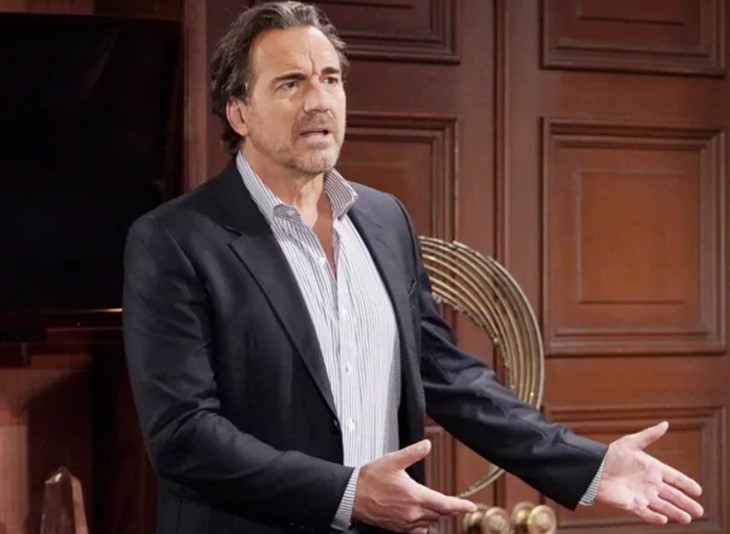 The Bold and the Beautiful spoilers document that Ridge Forrester (Thorsten Kaye) believes he has two choices. The first must be to remain married to the one love of his life, Brooke Logan Forrester (Katherine Kelly Lang). The second is leaving Brooke so he can be with Taylor Hayes (Krista Allen).

Of course, there are alternative pathways Ridge could take. He could separate from Brooke again and move to his father’s house for another period of introspection, forcing the two women who love him to wait endlessly for his major announcement about their three lives.

Ridge could also stay with Brooke but continue to offer Taylor indefinite hope that they might, maybe, possibly get back together if he feels like it.

The Bold And The Beautiful Spoilers – Why Are They Okay With Waiting?

It is ridiculous that two women like Broke and Taylor, meaning their specific soapy characters, would allow Ridge, in particular, to treat them the way he has. Putting both pairing’s backstories aside, Brooke and Taylor should put their heads together and give Ridge an ultimatum.

But it appears that each woman is okay with allowing him to use stall tactics through to November sweeps. If not for that real-world consideration, why is Brooke okay with her husband kissing Taylor passionately in Monte Carlo?

Taylor was not assumed dead like John Finn Finnegan (Tanner Novlan). Ridge did not travel to that exotic location to settle his mind like Steffy Forrester Finnegan (Jacqueline MacInnes Wood). Taylor and Ridge used their daughter’s situation and resulting miracle as an excuse to play out their repressed feelings, and Brooke was okay with it when she learned the truth.

B&B Spoilers – What Sign Is Ridge Forrester Looking For?

Brooke did not drink and kiss Deacon Sharpe (Sean Kanan) because she is in love with him. Ridge finally got that through his thick head of hair and thick cranium underneath that wild mane. Yet, he still has doubts about Brooke?

How suspicious can he be toward a woman he has remarried seven times after initially marrying her decades ago?

Ridge projects the height of insecurity in waiting to see if Brooke will make another mistake, say something he does not like, or look at him the wrong way. He does not have the same eternal trepidation about Taylor, which appears to be proof that he feels more secure in her. Yet, that also likely means he does not love Taylor as much as Brooke.

Ridge surely drove a gasoline-powered car to Forrester Creations in the past. Today, he might be driving a hybrid or an electric vehicle.

Brooke and Taylor are not cars. They are human beings who love him deeply and have put their lives on hold until the prince is ready to make his decision. They are also the mothers of his children.

Ridge appears to want elements of Brooke and Taylor. Both ladies must prepare to leave Ridge in the Californian dust if he does not clear his head and behave with decency.

His loves deserve an answer. If he does not give one, they should drive away.

But will Brooke, Taylor, or both classic B&B characters do so?