The Young And The Restless Spoilers: Abby Does Not Recognize Danger – Chance And Chelsea Bond 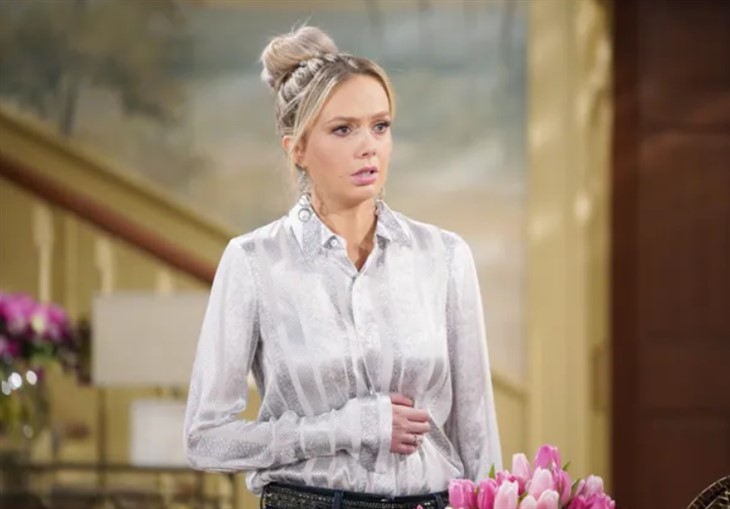 However, viewers know that Chelsea Lawson (Melissa Claire Egan) is out of sorts. She has not fully healed since suffering a stroke and later being psychologically tortured by Adam Newman (Mark Grossman), with an assist from Sharon Rosales (Sharon Case).

Chelsea’s lurch after a number of men reflects her need for love. In the meantime, she has settled for friendship, while allowing herself to daydream about potential sparks that were not there.

The Young And The Restless Spoilers – Rey Rosales’ Forgiveness Mattered

Rey Rosales (Jordi Vilasuso) offered Chelsea a path to redemption. The late Genoa City Police Department’s lead detective went out of his way to help Chelsea after she poisoned him.

Vilasuso’s character decided that Adam’s villainous influence and effect on Sharon caused Chelsea unbearable pain. Rey chose to believe, rightly as it turned out, that Chelsea was not in her right mind and deserved mercy.

Rey’s belief in God and legal justice combined to give Chelsea a gift she felt was undeserved. His tragic death eliminated a true friend and created an emptiness she has not filled.

Billy and Adam are dissimilar. Billy is a misguided soul who often sabotages himself. Adam is a lost soul who seeks to punish others because he is self-centered.

Chelsea wanted Adam to attempt reconciliation. He said no. That choice sent her to Billy.

But the recent kiss she offered resulted in Billy compassionately telling Chelsea that he is committed to Lily Winters (Christel Khalil).

The Young And The Restless Spoilers – Chance Chancellor Is Unsettled

Chance is a good guy. He is nothing like Adam. Chance is not damaged in the same way that Billy was due to the loss of Delia Abbott (Sophie Pollono).

The Young and the Restless Spoilers: Nick Is Being Used – Sally Treating Him As A Rebound As She Looks To Get Back With Nick #yr #youngandrestlesshttps://t.co/oVlYD2epzx

Abby is a great wife and mother. She held their family and connected loved ones together during the period when Mariah Copeland (Camryn Grimes) was serving as a surrogate.

Dominic Newman Abbott Winters Chancellor (Rainn and River Ware) represents the warmest part of Chance’s marriage to Abby. He has no intentions of betraying her.

But soap is about conflict. So, Chance and Chelsea’s recent chat sessions are ominous on Y&R.