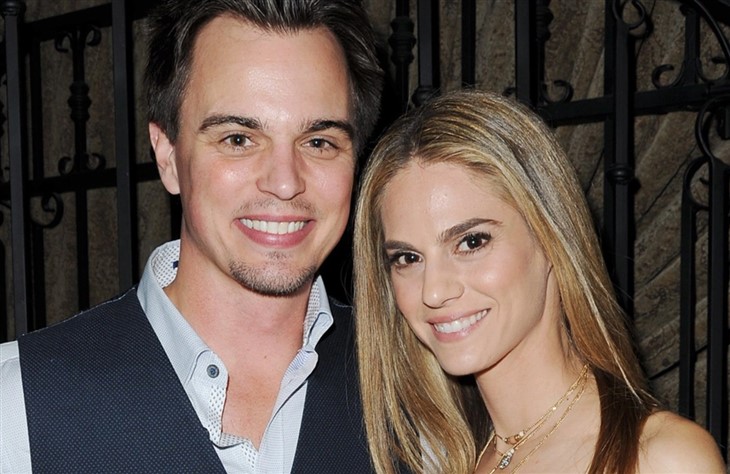 The Young and the Restless spoilers and updates tease that real-life couple and soap vets are working on a new movie. Kelly Kruger and Darin Brooks are set to star in an upcoming Christmas film.

Kruger played the role of Julia King in the comedy series called Blue Mountain State and as Mackenzie Browning on The Young and the Restless. Meanwhile, Brooks is known for his role as Wyatt Spencer on The Bold and the Beautiful.

The couple welcomed Gemma, their second child, and celebrated their sixth wedding anniversary earlier this year. Now, they’re all prepping to film scenes for their upcoming movie.

The actress shared the news on her social media account without revealing the film’s title. In a selfie video, the actress revealed that she’s preparing for the production of her first movie since she became a mom.

“And in the film, my co-star has to be funny, talented, handsome, and I thought to myself, who do I know that could be a good fit for this?” she teased.

She then moves the camera to Brooks. “Darin and I are going to be in the movie together! It’s the first time playing love interests since BLUE MOUNTAIN STATE, which is the show that we met on. We’re so excited. I cannot wait to start filming… can’t wait for you guys to see it. So stay tuned!” she announced.

Nick Newman (Joshua Morrow) will get closer to Sally Spectra (Courtney Hope) as they talk about the past mistakes that they have made. Nick will find Sally at Newman Media as she tries to make up for the trouble she has caused.

He’ll warn her of Victoria Newman (Amelia Heinle), and he’ll also sympathize with her current situation with Adam Newman (Mark Grossman). Sally will open up about wanting to do or be part of something great, but she still feels like she’s an impostor. Nick will share the same sentiments, especially after recalling the time he murdered Ashland Locke (Robert Newman).

The pair promised each other not to give up on fighting for what they wanted. They shake hands and share a steamy look. Is this the start of a new romance?

Victoria Newman (Amelia Heinle) learns that Nikki Newman (Melody Thomas Scott) has something else in mind for her visit to Los Angeles. The latter claims that she needs to meet with Ridge Forrester (Thorsten Kaye) and Eric Forrester (John McCook). She needs a dress for Summer’s vow renewal, and she wants Forrester Creation to make one for her.

The Young and the Restless Spoilers: Sharon Case Is About To Be Front And Center Again #yr #youngandrestlesshttps://t.co/tY7p0jSv3h

Victoria knows that there’s more to her visit, and it’s not just about the dress. Nikki then admits that she’s looking to find more Diane dirt from Deacon Sharpe (Sean Kanan), an idea that Victoria disagrees with. The latter won’t back down, so Nikki will have no choice but to give in.