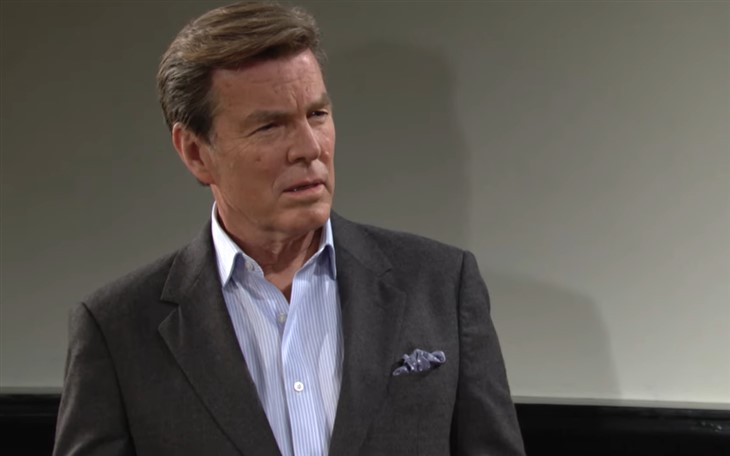 The Young and the Restless spoilers document that Jack Abbott (Peter Bergman) welcomed Victor Newman (Eric Braeden) to his table at Society. Jack knew his long-time but not recent nemesis was there to talk about Adam Newman (Mark Grossman).

Victor tried to warn Jack, telling him that Adam would create mayhem in the not-too-distant future at Jabot. Jack called out Victor, after the Moustache claimed he was done with his youngest son.

Jack knows that family means everything to Victor, a statement that arguably undercut Jack’s claimed intention of helping all parties by hiring Adam. Victor could not truthfully deny the claim Bergman’s character made, knowing that Adam is as top shelf as the liquor they were drinking.

The Young And The Restless Spoilers: Abby Does Not Recognize Danger – Chance And Chelsea Bond

Victor was hopeful in the recent past. Victoria Newman (Amelia Heinle) was heading Newman Enterprises. Adam Newman (Mark Grossman) was performing solidly at Newman Media. And Nick was considering returning to the fold.

Victor considers his youngest daughter, Abby Newman Abbott Chancellor (Melissa Ordway), in a different light. She has worked at Newman Enterprises in the past but forged her own path since, with Society and as a past partial owner of The Grand Phoenix Hotel.

Victoria shed Ashland Locke (Robert Newman) in recent months. That grateful benefited the restored Newman Enterprises but caused a great deal of turmoil within the family. But that storyline appears to have been resolved.

Jack believes hiring Adam will help him to channel his energy in positive directions. He told him that when first making the job offer.

Adam initially turned Jack down. But a conversation with Chelsea Lawson (Melissa Claire Egan) was key to altering his perspective. He decided to drop his family revenge plan and work at Jabot, where he should feel appreciated.

But Victor’s belief that Adam is spiting him by going to work for Jack is not wrong. Adam triangulates, as master manipulators, like Victor, often do.

Jack responded to Victor’s jab about hiring Diane Jenkins (Susan Walters) and Phyllis Summers (Michelle Stafford). He tagged those hires as evolving experiments. A hilariously accurate description, for sure.

So, having two problem children on staff and ones that detest each other, Jack then hires a third? Victor warned Jack that Adam’s addition would lead to business problems.

Jack sloughed off Victor’s prediction but is highly likely to revisit it on Y&R. Adam’s backstory and personality pattern can not be denied. And, as Jack said, he knows Adam.