The Bold And The Beautiful Spoilers: Hope Is Fed Up – Thomas On Opposite Side 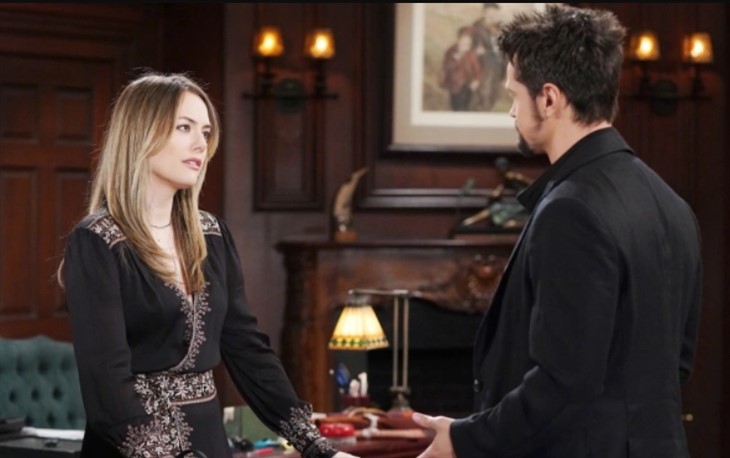 The Bold and the Beautiful spoilers document that Hope Spencer (Annika Noelle) had a good talk with her husband. She felt it was time for her to become involved because Steffy Forrester Finnegan (Jacqueline MacInnes Wood) was leading the Forrester family’s push to end Brooke Logan Forrester’s (Katherine Kelly Lang) marriage.

Liam Spencer (Scott Clifton) reported what happened during what became a pointed discussion with Thomas Forrester (Matthew Atkinson). Hope connected that dot to the strife her mother has been enduring.

The Bold And The Beautiful Spoilers: Ridge Nearing Decision Or One Made For Him?

Hope has always been in her mother’s corner. But she has generally taken a reserved stance based on her personality type.

But a connected event is driving Hope to speak out about family matters. Her recent trip to the Forrester mansion, per Thomas’ invite to check in on Douglas Forrester (Django Ferri), included seeing Taylor Hayes (Krista Allen) being in close physical proximity to Ridge.

Liam told Hope that it must have been hard to see her mother’s husband connecting with another woman, who is his other proclaimed love. Hope was impacted by what she experienced, with that atmosphere spurning her increased defense of Brooke.

The name on the logo is Forrester, not Logan or Spencer. Yes, Steffy rarely loses an opportunity to reinforce that her family business, or family itself, is not directed by Brooke.

Steffy is the co-head of FC, a title she shares with her father. Brooke has the Forrester name but not the respect of the two remaining children he had with Taylor.

Taylor, Steffy, and Thomas see Brooke as the woman who took Ridge from them. That is partially true. But their outlook is slanted because Ridge has free will and used it on multiple occasions to remarry Hope and is choosing to remain married to her now.

Thomas has not one but two plot points that represent walls between him and Hope. He told Hope that Douglas should be under the Forrester mansion roof with him full-time, and he wants Brooke out of his father’s life.

Hope can not reconcile Thomas’ stances. She does not want the stable environment she and Liam have provided for Douglas at the cabin to be changed.

B&B Spoilers: Who Is Most Likely To Realize Sheila Is Alive? https://t.co/9L2BMdTsz7 #BB #BoldTheBeautiful #Spoilers pic.twitter.com/sQDk7VwFAR

Hope will not stand for her mother being denigrated. That is what she told Steffy at FC.

Thomas will likely have to reconcile his renewed romantic feelings for Hope with his desire to be a full-time father to Douglas again. He, like Steffy, also believes that the window of opportunity is open for Ridge to break from what they see as a dysfunctional relationship with Brooke and return to Taylor on B&B.