The Young And The Restless Spoilers: Adam Blindsided By Nick – Sally Changes Ships 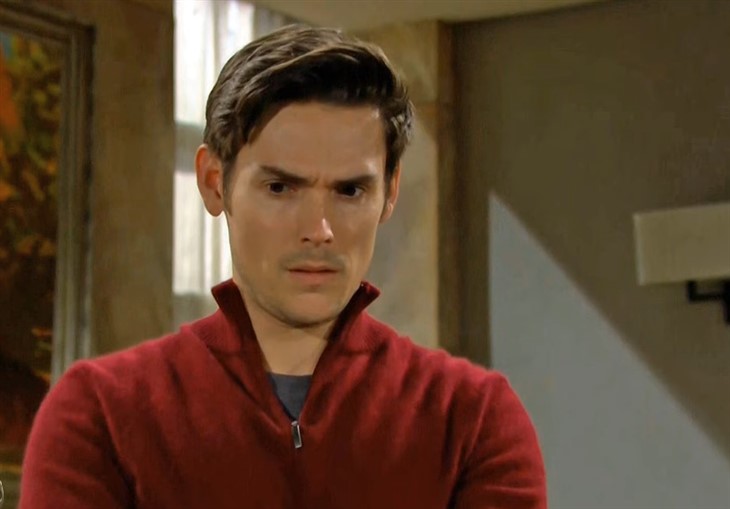 The Young and the Restless spoilers document that Adam Newman (Mark Grossman) had no idea that Sally Spectra (Courtney Hope) took a step to move past him. Nick Newman’s (Joshua Morrow) arrival with Sally at Society followed their unexpected romantic connection at Newman Media.

The audience knew more than Adam. He sat at the bar following a brief chat with Jack Abbott (Peter Bergman). Bergman’s character stressed Adam making amends with his father, even if he maintains the new position at Jabot.

Adam believes an important element of his personal life is being repaired. Little does he know that Sally decided to change ships in the soapy sea surrounding land-locked Genoa City, Wisconsin.

Nick exhibited a growing appreciation of Sally’s business acumen in recent months. He, like the other Newmans not named Adam, distrusted her ability to survive in the family company.

Nick was recently told that he should replace Sally when she receives her pink slip. Nick dismissed Victor Newman’s (Eric Braeden) idea and embraced Adam’s perceived, reviving significant other.

Sally was deeply hurt when Adam ended their relationship in the recent past. She saw through his thin disguise but was initially unable to get him to admit the truth.

Eventually, Adam told Sally that he loves her and only walked away from his CEO post because he planned on seeking revenge against his family. Chelsea Lawson (Melissa Claire Egan) had a good talk with Adam, convincing him to drop the payback angle.

Adam’s recent heartfelt conversation with Sally at the Genoa City Athletic Club’s rooftop pool bar caused her to miss an important Newman meeting. But she left knowing that Adam still loved her and appeared destined to begin rebuilding what they were developing earlier this year.

The Young And The Restless Spoilers – Adam Newman Is Not Paranoid

Adam became so paranoid more than a year ago that he planned to physically topple Newman Towers. Chelsea discovered the schematic plans on his laptop, which caused him to have her knocked out and kidnapped. She later suffered a stroke, became paralyzed, and could not speak.

Chelsea’s extended recovery eventually led Adam to decide they were not good together. That followed her poisoning Rey Rosales (Jordi Vilasuso) to try and frame Adam and get back at Sharon Rosales (Sharon Case).

The Young and the Restless Spoilers: Nick Is Being Used – Sally Treating Him As A Rebound As She Looks To Get Back With Nick #yr #youngandrestlesshttps://t.co/oVlYD2epzx

Adam is convinced Sally understands him. He is certain that she loves him. So, the coming reveal, where he learns that Sally and Nick betrayed him, telegraphs to Adam reaffirming his belief in GC’s rigged game against him.