Days Of Our Lives Spoilers: Stars Sound Off On Move To Peacock 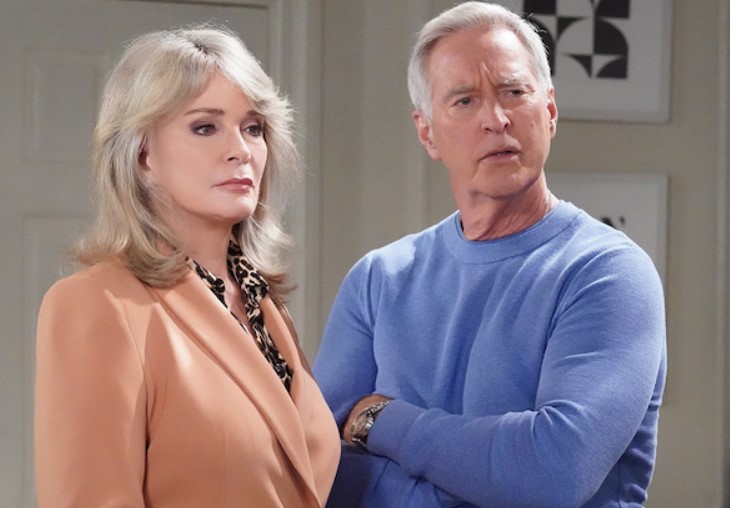 Days of our Lives (DOOL) spoilers reveal that the NBC sudser has moved to Peacock, a streaming service in which viewers pay by the month to watch their favorite shows. That didn’t sit well with a very vocal fan base who found the move at turns rude, offensive and even impossible for those on a fixed income.

The switchover is a done deal and fans continue to vent spleen about their feelings at the network deciding without their input to make them pay to watch a show they have enjoyed, sometimes through the generations, for over half a century.

It’s only fair for the actors themselves to weigh in on the historic move.

Days Of our Lives Spoilers – Jarlena Speak Out

Select stars spoke to SOD about the decision to put DOOL behind a paywall. Deidre Hall (Marlena Evans) said she feels “enormous relief to have another home,” after rumors of cancellation. She is happy she still has a show to go to and so close to home.

Her onscreen partner Drake Hogysten (John Black) joked about needing some help from the young ‘uns to figure out how to stream the soap he’s starred on for decades. “It’s going to be amazing. Things are changing and it’s all going to be good.”

On the other hand Camila Banus (Gabi Hernandez) noted, “I was excited. I see it as a great, fun, innovative move ….”

Conversely James Read (Abe Carver) was honest in saying he didn’t know what to think at first. He added that the show has been on the air for 57 years but in the end he is embracing the new.

Days Of Our Lives Spoilers – Salem Will Be Different

Eric Martsolf (Eric Brady) had this to say: “I think it’s a good thing.” He said he has seen, “the power of streaming.” Of course he referred to its use by his twin 16-year old boys and he thinks that once the word gets out, people will see how simple the transition is.

No one expects the stars to bad mouth or denigrate, challenge or even agree with the majority of fans who neither like nor agree with the change which requires loyal viewers to pay for what was once free, free not for a trial period but for decades, a show that generations watched together. The only constant is change. But that doesn’t mean everyone has to like it. Tell us what you think of the switch to Peacock DOOL fans.