The Young And The Restless Spoilers: Adam Shaken By Sally – Nick Provokes Next Newman Battle 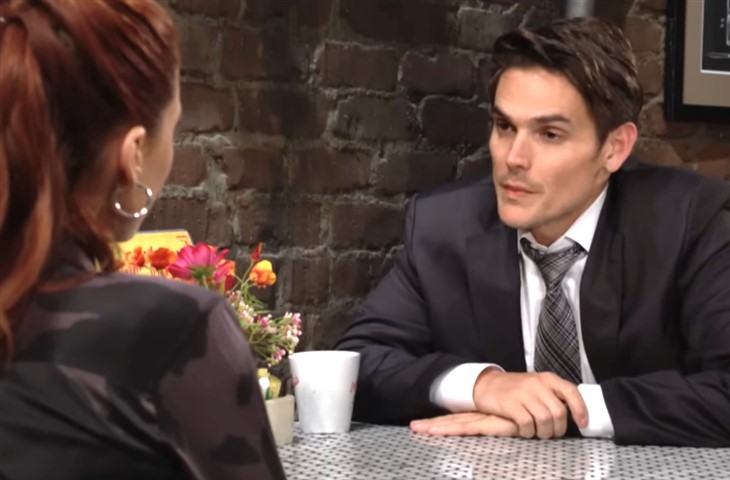 The Young and the Restless spoilers document that Adam Newman (Mark Grossman) seemed genuinely surprised to see his brother standing in the middle of Sally Spectra’s (Courtney Hope) suite at the Genoa City Athletic Club. The implication was that Adam happened upon more than another business meeting.

Adam’s earlier chat with Victoria Newman (Amelia Heinle) in her office at Newman Towers led him to seek Sally out. Victoria discussed Sally having missed the Media Summit, with Adam offering no detectable response.

So, the plot has been pushed. Adam then asks Sally if she is now with his brother on Y&R.

The Young And The Restless Spoilers – Social Climbing In Genoa City, Wisconsin

In a relatively short period, Sally sought to become more than friends with Jack Abbott (Peter Bergman). But the efforts she made, shortly after crossing over from The Bold and the Beautiful, failed because of her immaturity.

The Adam connection seemed to have legs. But Adam put Sally through far too much turmoil and then realized he was overwhelming her too late in what proved to be another one of his games.

Nick Newman (Joshua Morrow) is the next natural step on the social-climbing ladder for Sally, especially based on the Newman brother’s history with dynamic GC ladies.

Nick has been on his own for a while. He is not used to that, and for all his warnings to Sally about Adam, Nick has not been Mr. Nice in various romantic relationships.

Phyllis Summers (Michelle Stafford) was a curious revival pick last year. But she was not the problem when Nick eventually called things off. He felt drawn back to Newman family matters during the Ashland Locke (played by Richard Burgi and Robert Newman) and left Red for that thin reason.

There was no intent to betray Adam. But Grossman’s character is unlikely to see it that way as he confirms the truth.

The Young And The Restless Spoilers – Adam Newman Is Badly Hurt

Adam comes out as the poor soul in this storyline. Yes, he may strike back at Nick using more than words. And Adam could use his position at Jabot to seek some underhanded business revenge against Newman Enterprises.

But Adam left Newman Media because he wanted Sally to fly. She knows that and retains feelings for him, as Nick recognizes.

Sally and Adam still feel likely to eventually get back together. But this fall, Sally and Nick are the new it couple in GC, much to Adam’s chagrin.