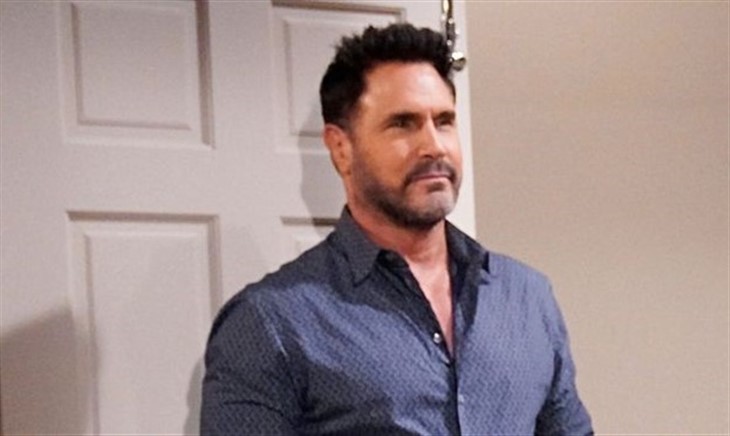 The Bold and the Beautiful (B&B) spoilers and updates tease Bill Spencer (Don Diamont) is attempting to get his romantic life back on track. Bill will need to decide if he will fight for a past love or give a new love a chance. Bill knows that he can get the help that he needs from his sons Liam Spencer (Scott Clifton) and Wyatt Spencer (Darin Brooks) to make an informed choice about pursuing the right relationship.

Bill may tell Liam and Wyatt that he went to visit with Brooke Logan Forrester (Katherine Kelly Lang). Bill wanted to get Brooke to help him to figure out a way to get her sister Katie Logan (Heather Tom) back. Bill has hoped that Katie would give him another chance. Bill knows that Katie has her concerns about the methods that he uses to protect his family. Katie is aware that Bill loves their son Will Spencer (Finnegan George).

Bill had hoped that Brooke would be able to give him insight into Katie’s feelings for him. Brooke was unable to give Bill the help that he needed. Bill and Brooke started to remember their past together. Bill told Brooke that he still cared for her. Bill may want to get Liam and Wyatt to give him advice in order to deal with the feelings he has for Katie and Brooke.

Bill may reveal to Liam and Wyatt that he has made an unexpected connection with Dr. Li Finnegan (Naomi Matsuda). Bill found Li after she had nearly been killed by Sheila Carter (Kimberlin Brown). Bill was able to help Li to recover from her ordeal. Li needed Bill to help her to save her son Dr. John Finnegan (Tanner Novlan) from Sheila. Li had needed to save Finn after he had been shot by Sheila.

Li had kept the secret that Finn was alive from his wife Steffy Forrester (Jacqueline MacInnes Wood). Li had wanted to help Finn to recover before she told Steffy the truth. Bill was able to help give Li the help that she needed to save Finn. Bill helped Finn to reunite with Steffy. Li has been grateful to Bill for saving her and Finn. Bill has been impressed with Li. Bill admires the fact that Li took the initiative by saving Finn. Bill has taken action to keep Will, Liam, and Wyatt out of trouble in the past. Bill may want to get Wyatt and Liam to give him their impressions on Li.