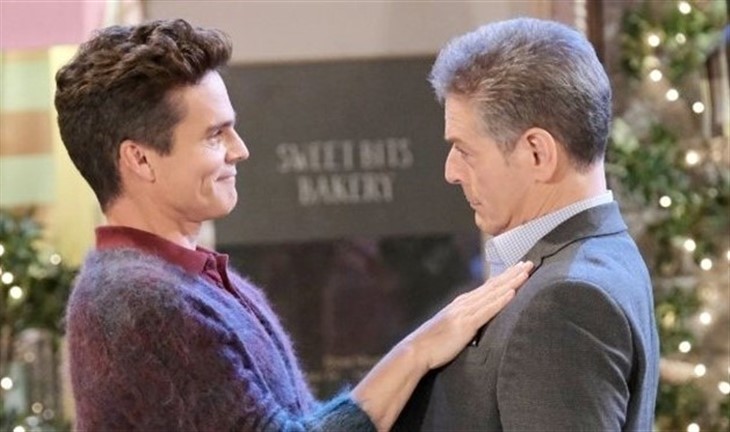 Days of Our Lives spoilers reveal the end of a murder mystery but first, we may be thrown another red herring.

Days Of Our Lives Spoilers – Leo Stark Goes For Broke

Leo Stark (Greg Rikaart) starts the week wracking his brain trying to figure out who would hate him so much that they’d murder one person and try to murder another just to frame him and see him go to prison. Suddenly, it hits Leo that it might have been Craig Wesley (Kevin Spirtas).

Gwen Rizcech (Emily O’Brien) isn’t so sure of that as she wonders if Craig could really be a cold-blooded killer. Leo doesn’t think he started that way but does believe it is possible he’s gone over the edge and lost his mind. When Craig shows up back in Salem, Leo is even more sure he is right so when Craig visits him in jail, the pair have it out.

DOOL Spoilers – Mystery Solved But Who Could It Be?

Craig claims he is in Salem because he thinks he got Leo locked up by bringing him to town as his new lover to begin with. If Leo hadn’t arrived in Salem with Craig, then none of this would have ever happened.

“He’s basically upset that his ex may be a murderer and he feels somewhat responsible,” Head Writer Ron Carlivati said in the September 26, 2022, issue of Soap Opera Digest. “This is what he’s claiming but we’re wondering if Craig is really there to just watch the noose tighten around Leo’s neck and see him go down for a crime that Craig actually committed.”

It does seem odd that Craig of all people would lose his mind like that and commit such heinous acts, but we won’t have to wait long to see if it’s true as the killer is revealed by the end of the week.

“It will shock Salem and impact lives beyond Abigail’s family and friends,” Carlivati said. It also doesn’t look like Leo is the killer at all as Carlivati describes him as looking for a fresh start. “He’s hopeful that some people will see him in a different way after this arc.”

Stream new episodes of Days of Our Lives weekdays on Peacock starting at 6 am EST.

Days Of Our Lives Spoilers: Stars Sound Off On Move To Peacock